Corwin Bex takes a look at some of the recent funding problems in-development games are facing on Kickstarter. 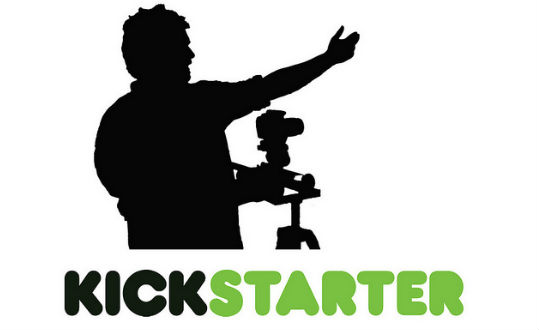 Kickstarter is reported to have received $825 million in funding since its launch in 2009. The idea of Kickstarter is to provide a place to propose ideas to its millions of members and then receive financial backing in return for rewards depending on 'Pledge' sizes. Kickstarter benefits from this as it receives a 5% cut and Amazon receives 3-5% for processing the transactions.

But let's talk games, specifically games on Kickstarter. Many games have been successful in reaching funding via Kickstarter – from thousand dollar games to million dollar games. That said, with most of these games only reaching Kickstarter by 2012, it is extremely hard to analyse the apparent success rate of Kickstarter. What can be said however, is that financial issues have been widespread despite - and in some cases - the games actually being over-funded.

It would be extremely foolish to ignore the 'elephant in the room' example, that of Double Fine's 'Broken Age'. The initial project was asking for $400,000 to make a point and click adventure game, a game style that has been neglected in recent years and, as a result, Shafer argued that publishers would be uninterested in funding; ergo why Kickstarter.

So why after a extremely successful Kickstarter campaign (reaching $3.3million in 'Pledges') has the game recently and extremely publicly ran into liquidity issues?

It would appear that Shafer and Kickstarter made a grand mistake in attempting to overgrow the original idea far beyond a $400,000 game. Sadly, it seems to have grown too far. With almost a year left in development they announced via their monthly documentary (part of the reward for backing the project) that the project was short by almost $3million. As such, Shafer has been forced to pre-sell the game by releasing half early on Steam in hopes that this income can supplement the cost of the rest. This will in all probability fail due to the likelihood that the majority of players of this type of game would have already bought the game via the initial Kickstarter.

But this failure is tiny in comparison to other projects that have actually been 100% cancelled due to money issues. 'The Doom That Came To Atlantic City' - a monopoly inspired board game recently announced a complete cancellation of the game despite being over-funded with $122,874 compared to the initial £35,000 goal.

'CLANG' is another project that has been cancelled due to money issues. This project's biggest issue was its reliance on having a secondary accessory used for the actual sword fighting (think Wii sword fighting). Indeed, they actually ended up making a second Kickstarter for this accessory. The project ultimately raised $526,125 of its $500,000 goal – yet announced to be out of money within a year. Worryingly, the second Kickstarter for the accessory received $650,000 of funding of its $250,000 goal.

When Professor Ethan Mollick looked into Kickstarter he found that "75% of companies deliver products later than promised" from data samples of 47,000 Kickstarter projects amounting to $198million in contributions. The idea of caution can only be cited and it is again worth noting that Kickstarter is backing a project and not pre-ordering a product like many believe.

But this also raises another significant question: do they really need your money? Plenty of successful Kickstarters have amassed large personal fortunes... so shouldn't they just self-fund?

'Shroud of the Avatar' by Richard Garriott received $1.9million in funding for a RPG game; the focus of the campaign was on Richard Garriott – even using his nickname 'Lord British' in the title of the game. However, Garriott could have very easily funded the game himself. In 2008 he spent a reported $30million going into space to the ISS.

Does Garriott really need Kickstarter? Or is he simply using it as a means of advertising the game, guaranteeing a mass amount of click traffic via PC Gamer and Gamespot before it is even released? Is this just a cynical opinion?

Peter Molyneux's 'GODUS' Kickstarter could be another example of this. His Kickstarter reached $526,563 in funding – yet Molyneux himself is an extremely wealthy individual following the success of the Fable series of games. Once again, I find myself asking if this is this yet another clever marketing tool?

Kickstarter is a great platform that provides completely unknown developers a platform to test an idea and hopefully get the funding to make it into a complete game without the personal risk. This not only benefits the gaming industry as a whole (more indie games and original ideas), but it also benefits gamers themselves. Kickstarter provides the means to have a direct input into the game. Simply put, Kickstarter puts the 'Backers' in charge.

The issues from Kickstarter are always going to receive much more media attention than any of the smaller successful projects (see FTL). So please dear reader, go look on Kickstarter, experience its potential, and maybe back a few small indie games. Not just the big hits.