As the issue of internet security saturates the news headlines, Wendy M Grossman explores the idea of whether or not repealing the internet is a viable option... 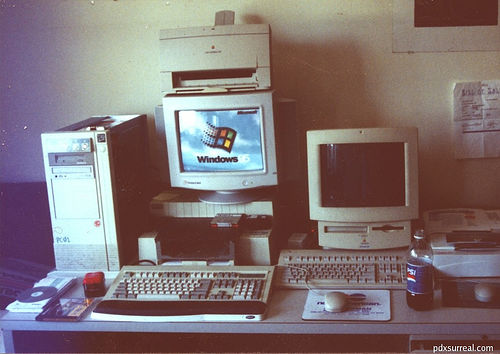 One of this week's weaker moments was Robert Samuelson's op-ed in the Washington Post wishing he could "repeal the Internet" because the technology's many upsides are, in his view, outweighed by the downsides of various forms of cyber attacks.

A colleague of Samuelson's does a necessary and sufficient job of dissecting the piece, pointing out the real threats, many of which either predate, or have nothing to do with, the Internet. It remains for me to take issue with his language: what led everyone to adopt the Internet was not a proclamation or a law, so "repeal" isn't even semantically possible. Samuelson means "recall", which is about as logical as suggesting that the smart thing to do with someone who uses his literacy to write silly things would be to stuff him back into his mother's womb. But the likelihood is that he doesn't really mean any of it; this is the journalism of provocation in search of attention – that is, hits and advertising clicks.

It's still true, however, that much of the process of developing the technologies that enable the Internet was at least somewhat subversive. The truth of this was on show on Monday night, when Google's London plex substation hosted an evening of British computing history, a perfectly formed answer to all those Americans who think the US invented the Internet. The evening featured Vint Cerf, Roger Scantlebury, Peter Wilkinson, and Peter Kirstein. In the 1960s and 1970s, when all this stuff was being invented, Scantlebury and Wilkinson were at the National Physical Laboratory alongside Donald Davies, the man who gave us data packets. Cerf, now at Google, was at SRI; Kirstein was and is at UCL, which was the site of the first ARPAnet node outside the United States.

The evening also featured a short documentary on the first computer really built to run a business, Lyons tea shops' LEO (I reviewed the book about this system, by Georgina Ferry, 10 years ago for New Scientist). Plus, presentations from the director of the National Museum of Computing at Bletchley Park and the brains behind a new British computer history exhibit going up at the Science Museum some time next year. It's excellent to see all this work being recognized; as Scantlebury and Wilkinson pointed out recently in the Guardian, the success of the Web and the attention consequently paid to its inventor has tended to overshadow the early networking efforts without which…

Mostly, though, this was a vastly entertaining bunch of guys reminiscing. Many of their stories revolved around all the subterfuges the various nascent networking efforts had to adopt in order to get around one or another set of rules. And so many of them, serving so many different agendas. UNIX was developed at Bell Labs and then given away because at the time AT&T was barred from entering the computer market. The first non-US ARPA node was at UCL in part because NPL was not allowed to engage in wide-area networking (so instead, it built a fancy local area network and experimented on that). And BT stuck with analog switching for so long because of unemployment: the analog switches were built in Liverpool and Nottingham.

One of the more salient questions asked of Cerf was what he would do differently if he'd had the benefit of hindsight. Would he build in better security? Content control? Charging?

Now, the received wisdom is that the Internet pioneers were so idealistically focused on sharing information across a network used by a small, homogeneous population that they didn't see security as an issue. Cerf's response to the contrary: yes, they would have liked to have incorporated security, but the necessary technology didn't exist yet. TCP/IP was being finalized in 1974, and Whit Diffie and Martin Hellman didn't publish their groundbreaking paper proposing public key cryptography until 1976. Of course, Cerf added, we now know that GCHQ had already had that same idea, so the technology existed – but was classified. What an expensive narrow miss: if ever there were a case where government secrecy cost billions that would be it. At the time, 30 years after World War II, encryption was still seen as a military technology. Twenty years later, this is what the early 1990s crypto wars were about. You can see the thinking for yourself in a recently declassified NSA internal newsletter (PDF), whose best entertainment is its smugly dismissive trip report on the 1992 Eurocrypt conference (some of the panelists the writer dubs "philosophers", whose presentations he ignored in favor of reading material he found more interesting, have since won Turing medals).

Cerf would also have chosen a larger address space (128-bit instead of 32-bit). Re charging, the germ of today's battle s over network neutrality: "I think we got it right. Everybody pays for access and then do what they want. I love that model."

The design of the Internet is very like the US Constitution, which one might have celebrated last week: both are subject to interpretation by later users. Either can be exploited for good or ill. The big thing to do in both cases if we don't like where they've landed us is to use their principles to make better decisions going forward.