The Rise of Citizen Journalism

Matteo Bergamini, the Founder and Executive Director of Shout Out UK, writes about the rise of Citizen Journalism and the so-called 'Fifth Estate'. 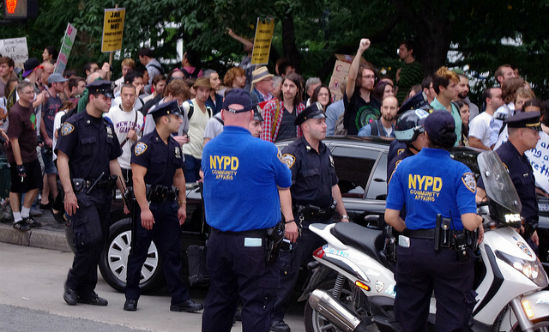 The Rise of Citizen Journalism

Recent history has seen many changes. Our generation have witnessed the rise and fall of dictators, the rise of police states and the erosion of our civil liberties, economic war taking precedence over human casualties. Money, in the 21st century, has become more important than human life.

We have also seen the rise of whistleblowers and people ready to stand up against the machine that has warped our existence into to that of a soulless drone. The likes of the Occupy movement has challenged the very existence of the global capitalist system. International coalitions have made it their life’s work to protect the internet from the ever extending arm of government whilst whistleblowers have given up their entire lives for humanity and the little rights we still have and hold on to. We are in an age of change, for better or for worse. Yet where does journalism fit in?

Journalists, the unsung heroes of the people, have always delved to expose what governments refused to share with their people. Journalists have stepped up when the police have faltered and failed. One can find clear examples of both in the Watergate and Spygate scandals –and also in a show called ‘To Catch a Predator’ by Dateline; all examples of police work done by journalists.

So what about journalism in the 21st century...?

'Citizen Journalism', like it or not, is here to stay. We are in a digital age and almost everyone has a phone with a camera or a video recorder. In other words, everyone can be a journalist.

So-called 'citizen journalism' has given rise to direct live streaming of events. It allowed us to see the British government nearly raid the Ecuadorian embassy and in so doing breaking international law. Citizen journalists managed to cover the event hours before the mainstream media even got to the scene.

Citizen journalism has also given rise to direct, in the fray, coverage of protests from the front line. This has given us shocking and often terrifying accounts of immense police brutality in regards to protesters, removing the veil that once covered protest zones. An interesting example of this being the Occupy movement’s march on the New York stock exchange, which was shut down with incredible violence. An example closer to home can be taken from the eviction of the ‘Bank of Ideas’ from the old UBS HQ, which saw sow contracted private officials using immense violence to remove protesters.

Citizen journalism, to some, is a danger. These are often inexperienced journalists who may or may not be bias. Some even ask: ‘how can we trust them?"

It seems very humorous to see such remarks, as unless I am mistaken, the Sun, the Daily Mail, the Times and the Guardian are all very bias?

I would say the only difference between the established media and citizen journalism is that the bias in mainstream media is decided by one or two people, the owner and/or editor. In citizen journalism, the multitude of bias will bring to light the truth. Not to mention that citizen journalism does not have the financial capacity or the will to break many privacy laws simply to get slightly more intrusive celebrity news, something the News of the World did time and time again.

Citizen journalism and its rise have shown us many truths, otherwise gone missing or even omitted. It is bringing to light the grave issues the world is facing. I run a small news network called Shout Out UK, which aims to create an understanding between current affairs around the globe and the history behind each issue. It is our firm belief that the lack of historic context in current mainstream print media is the primary reason behind why many issues around the world seem 'unfix-able'. Any sites offering information and live coverage on current affairs exist and are only limited by your imagination and interest.

On the 10th October, the European Court of Human Rights issued a judgement in Delfi AS v. Estonia (no.64569/09), a case about the news portal’s liability for third-party comments made on its website. It’s a blow for free speech and shows how important the continuous growth of citizen journalism is. As individual government’s crack-down on renowned sites and established media continues, people will turn more and more to citizen journalists for the true side of events. Citizen journalists are becoming the bastions of free speech, as professional journalists were before them. Sociologist William Dutton from the Oxford Internet Institute (OII) argues that we are witnessing the emergence of powerful new voices and networks which can act independently of mainstream media. He has termed these developments the emergence of the ‘Fifth Estate':

'Highly networked individuals (helped by new platforms like social networking and messaging) can move across, undermine and go beyond the boundaries of existing institutions. This provides the basis for the pro-social networks that compose what I am calling the Fifth Estate'.

Anyone that has a camera is, has the right to be and has the duty to become a citizen journalist if he or she witnesses an event that should be exposed and voiced. Citizen journalism is everyone and no one. No more will ignorance fall on humanity about the tragedy in Iran or Sri-Lanka, no more can we as humans claim to not know about the atrocities in Russia or the USA. Indeed, the Arab Spring was so powerful partly due to citizen journalism and the global public support that it achieved for the Arab Spring.

Citizen journalism will grow strength in strength and as long as the internet remains free and accessible. It will continue to thrive and give people the information they need to have.

Matteo Bergamini is the Founder and Executive Director of Shout Out UK. He is currently studying Politics & History at Brunel University and is expected to graduate in 2014.