The Halifax Regional C@P Association: The importance of youth, community and collaboration in the information age.

Laura Conrad looks at the importance of computer literacy education amongst students, with particular focus on the Halifax Regional C@P Association in Canada. 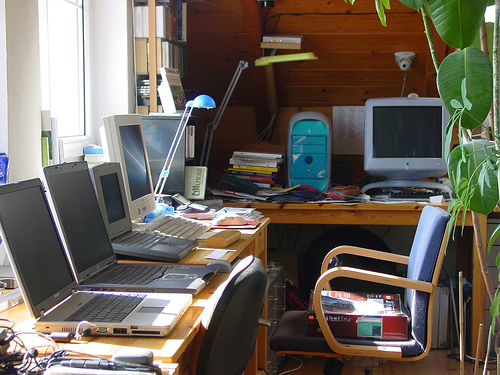 With this kind of education, young people are more equipped to address digital literacy issues within the community than ever before

Most of them are young, but some are much younger than others. They work alone or in teams, in larger cities to the smallest rural corners of the region. Some of them will never meet each other in person, but they work together every day, towards achievements that are shared by communities across the nation and the world.

These are youth interns of the Halifax Regional C@P Association (HRC@P), a non-profit organization based in Nova Scotia, Canada, that takes a grassroots approach towards eliminating digital divides. The majority of interns being high school or first-year college students, the importance of their positions is often undermined; however, anecdotal and statistical evidence shows young adults as the most computer literate demographic of today.

Despite the many ups and downs the organization has faced over the years, Halifax’s C@P program highlights an issue of global importance: the need for community collaboration in addressing the complexities of the information age.

Officially founded in the year 2000, HRC@P’s original intention was to create a network of community sites that provide internet access, in order to make use of information technology for the sake of social and economic benefits to the individual as well as the community. Despite the many twists and turns that unfolded over its 12 years of existence, the program continues to run successfully, to the great benefit of many social groups and individuals.

The program first intended to fund up 240 sites at various libraries, schools, recreation centres and other popular community areas. There are some sites that offer special services to favour certain groups such as seniors, youth at risk, individuals at risk of homelessness, and those with low literacy skills or learning disabilities.

HRC@P has struggled as an organization over the years by having to face the possibility of funding cuts. Each C@P site has typically received between $2,500 and $4000 in funding, from both the federal and provincial governments. This allows each site to determine where the bulk of the funds will be spent, depending on the particular community’s needs. This is what makes each site unique, and allows for the success of the program to be shaped differently by each community.

By 2012, the federal government withdrew its contributions to HRC@P, a $650,000 grant from Industry Canada. The provincial government, however, continued to commit its portion of the grant (approximately $348,000), allowing HRC@P to continue to employ approximately 200 students over the summer.

The role of the youth intern

Despite the funding cuts, some C@P sites have continued to flourish. A lot of this is dependent on the site’s distribution of resources, as the most successful sites were those with the financial resources to hire students or extra staff, as opposed to relying on support from volunteers.

This is important to note, as this is what highlights the importance of the role of the youth intern. The youth internship program is a fundamental component of HRC@P as it serves more than one purpose for communities; it ensures there is a staff person to administer the C@P program and to cater to the computer literacy needs of patrons, while also providing an opportunity for a young person to gain and/or leverage their computer literacy skills before entering the workforce. Young people use the internship as a means to connect to their communities in different ways. Some have developed innovative ideas to help the organizations they’re partnered with, such as by creating social media strategies or by holding tutorial sessions at their sites to teach basic web and software skills.

The interns work with minimal supervision, with the majority of reporting to supervisors being done via digital networking. They work in networks, connecting with their site supervisors during their shifts while also submitting weekly reports to those in management positions with HRC@P. Interns will also network with each other by sharing stories over Facebook Groups, Skype chats and blogs. By the end of each internship, students have gained a great deal of experience facilitating communication both internally and externally for a non-profit organization, using online tools to leverage their organization’s digital presence and soliciting additional funding on behalf of a non-profit organization.

C@P has been a successful program for several reasons; one of them being that it’s foundation is built upon community collaboration. The desire to learn is leveraged by the opportunity to connect with another individual, to share an experience from which both parties can grow. Many members of any given community are motivated to improve their computer literacy skills on account of the fact that doing so will allow them to become an integral part of a community operation, on which their participation is dependent for success.

Another reason why C@P has been so successful as a program is because its goals are focused on growth of computer literacy and digital education. The nature of technological growth in western society is now such that the younger generation is in a position to thrive; this is a result of a wide adaptation of technology in public education systems. According to a report recently released by Pew, 92 per cent of teachers have said the internet impacts their teaching abilities. In the same report, 73 per cent of teachers said their students use mobile devices to complete assignments, while 45 per cent use digital e-readers and tablets.

With this kind of education, young people are more equipped to address digital literacy issues within the community than ever before, allowing collaborative programs like C@P to thrive. Despite the harshness of the federal funding cuts last year, the program is still reaching its full potential because of the efforts and achievements of its youth interns. Like so many new developments in the digital world, the future potential of HRC@P is largely dependent on the younger generation.

When examining the benefits the program has had in Nova Scotian communities, it becomes clear why governments should continue to fund initiatives like HRC@P; it not only guarantees a culture of technology literate, empowered youth, but also allows all members of a community (even its most vulnerable) equal opportunities for progression in the workforce.