Wendy M. Grossman looks at the changes in patent law in New Zealand. 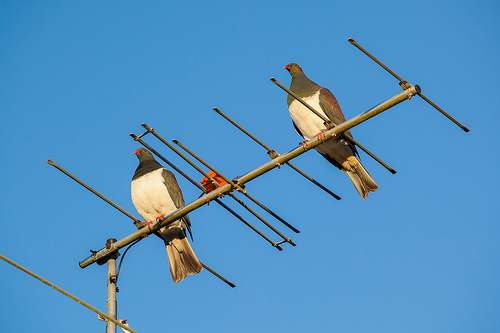 There was a brief but heady moment last week when we all read the headline New Zealand band software patents and thought: Wow.

That lasted a couple of hours, until I read Florian Mueller's FOSS Patents blog, which explains why that emphatically did not happen. Instead, he argues, whether there's a genuine ban or not will hinge on how the law is interpreted by the courts and the patent office: "…the courts and the patent office in New Zealand still have massive wiggle room to allow software patents." In a follow-up post, he provides a lot more detail behind his thinking, of which the most interesting part is his discussion of what kind of law would have been a clear ban. (In one of those you-couldn't-make-this-up details, I note that the Commerce Minister in charge of the bill is named Craig Foss. How utterly perfect.)

Mueller also points to two other assessments that largely agree with his: Techdirt, which calls the law "a worthwhile experiment to monitor", and Intellectual Asset Management, which says the range of what can be patented has only slightly narrowed and that the New Zealand courts will rely on UK case law for guidance. Since the UK has granted and continues to grant plenty of patents on software, it seems clear that these three experts are right: software will continue to be patented in New Zealand, just possibly not quite as easily as before.

It all hinges on that "As such" - clarity only a lawyer could love.

Mueller argues that the widespread overreaction in the mainstream media has to do with the fact that patent law is poorly understood by anyone who's not an expert. That's fair, especially when coupled with the pressure to churn out stories. I suspect, though, that the reaction also reflects the pent-up frustration among many both inside and outside the industry who see software patents as a hindrance rather than the economic booster they're intended to be. See for example the Washington Post's Timothy B. Lee asking with real yearning why the US can't follow suit, citing a new General Audit Office report that highlights the particular problems with software patents.

For a long time now, the software patents have seemed like a big game of Chicken: plenty of people say they want to rein the patent system back in -- but no one's willing to be the first to lay down the application forms. I saw this in action back in 2004 at a Berkeley, California discussion of patent reform that pulled in lawyers from the heart of Silicon Valley.

My favorite quote, from a patent lawyer in a large Silicon Valley company who wanted everyone to end the arms race by simply agreeing to stop:

You can tell the system isn't working when engineers don't respect it. And they don't. They see patents being awarded to people they consider not as smart as they are for work they think is mediocre, and they think it's a game. It should be an honor to be granted a patent. We should raise the bar." Unlike a lot of people, he didn't, however, think it was necessary to get rid of software patents or even, necessarily the ultra-controversial patents on business methods. "We need to get rid of bad patents."

Judging from the preamble to the published versions of the bill the legislative effort started with the intention of tightening the law on what may be patented in order to bring it into line with other countries: "This low threshold can lead to broader patent rights being granted in New Zealand than in other countries, which can disadvantage New Zealand businesses and consumers, as technology that may be freely available in other countries can be covered by patents in New Zealand. This can discourage innovation and inhibit growth in productivity and exports." While it's refreshing to see *any* government recognize that intellectual property regimes can inhibit innovation as well as encourage it, harmonizing, rather the ground-breaking, was clearly the intent.

So, sadly, we're still in that giant game of Chicken. If the US wants to abolish software patents it's going to have to do so as a ground-breaker. And it's always hard to be the guy who puts down the weapons first. Yet there are hints that even the US is beginning to see the problem.

Wendy M. Grossman’s Web site has an extensive archive of her books, articles, and music, and an archive of the earlier columns in this series. Stories about the border wars between cyberspace and real life are posted occasionally during the week at the net.wars Pinboard - or follow on Twitter.