Shiver me timbers! Is the torrent site blockade working or have those pesky pirates circumnavigated their way around it?

Are blocking orders for Torrent sites in the UK working? James Brandes investigates the matter. 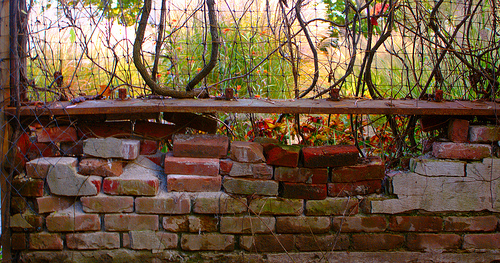 Following the high profile blocks of torrent sites in the UK such as The Pirate Bay, KickAssTorrents, Fenopy & H33t, several UK internet service providers have also surreptitiously stymied access to a number of torrent site proxies. The blocking orders are designed to thwart online pirates and were requested by the British Phonographic Industry (BPI) and their members.

In order to keep ahead of the curve, it’s perhaps unsurprising that the music industry and UK ISPs have failed to disclose which proxies have been blocked. But is the blocking policy working? I remain far from convinced. I’d argue that not only does it make anti-piracy campaigns harder to coordinate as new proxy services/alternative domain names are constantly appearing in the wild, but it raises important questions concerning censorship and secrecy of the BPI.

So before I go any further, how many Pirate Bay Proxies/alternative URLs do you think I’ve encountered in the last 4 weeks? 10? 15? 20? The answer is 247 but I’m sure it’s a lot more! Thus far, UK ISPs and the music industry have blocked alternative sites such as thepiratebay.sx, thepiratebay.se, pirateproxy.net, & malaysiabay.org.

So is this wack-a-mole policy working? No. It’s plainly evident that every single time a site is blocked at the ISP level, new URLs take their place. This has further ramifications for content owners and their agents.

As an anti-piracy agent, I can report that this is making life more difficult particularly with regards to DMCA submissions to Google. But why? During an anti-piracy project, I send Notices to Google to remove infringing results that appear via their search engine. In the past, this may have included results for The Pirate Bay, KickAssTorrents, & H33T. The major problem now is that whilst infringing search results for the aforementioned torrent sites have been removed by Google, new infringing search results appear constantly as a consequence of these sites being forced to use proxies & alternative URLs. Predictably, this creates far more work for content owners (particularly for small independent labels who are not members of the BPI) and their agents. For example, I’d estimate that well over 5 million additional search results have been removed from Google as a result of sites using alternative URLs. Just check the following Google Transparency for piratebayalternative and you’ll see why I’ve reached this conclusion! So it’s certainly fair to say that the blocking policy is perhaps backfiring badly.

But what about Virtual Private Networks (VPN)? To put it simply, a Virtual Private Network re-routes all your internet traffic, encrypts it and changes your IP Address. You can change your geographical location and thus circumvent ISP blocks with the click of a button. Consequently, the ISP blocks in the UK are completely ineffectual if one is to use this method. Just try it – you’ll be able to access any of the aforementioned torrent sites with no difficulty whatsoever!

Whilst it’s fair for content owners and their agents to remove/block infringing content and commence litigation against uncooperative sites, web blocking with minimal oversight is in my opinion a dangerous, draconian policy that will ultimately fail.