A personal look (or an outsider's perspective) at the relationship between digital rights and human rights. 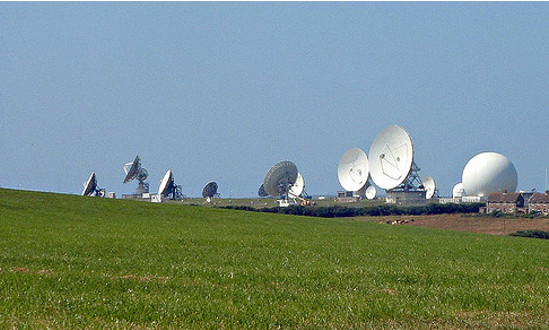 This is ORGZine's offering for Blog Action Day. This year’s theme is Human Rights. Patrick looks at what the assumptions we make about what are and are not human rights issues, giving a personal angle on discovering digital rights issues.

Digital rights = a human rights issue. Digital rights, and issues surrounding Internet freedom and privacy, have been at the very forefront of international news stories in recent months. The latest documents released by Edward Snowden seem to indicate that the NSA secretly accessed computers within the Indian Embassy in Washington as a part of its clandestine effort to mine electronic data held by the South Asian superpower.

Indeed, the sheer extent to which the mass surveillance programme PRISM has been apparently monitoring both individuals and states from across the globe has sent shockwaves throughout the international community. Very few appear to be unaffected.

Dr Agnes Callamard, executive director of the human rights organisation Article 19, claims “Edward Snowden's disclosures have triggered a necessary and long-delayed public debate about mass surveillance online”. She adds that “rather than investigate and prosecute those that have ordered and conducted one of the most unprecedented global violations of our rights” in recent history, governments from across Europe have instead chosen to support the United States and thus, in the process, shoot the proverbial 'messenger'.

In light of recent events, it would seem strange for a person to not consider digital rights a human rights issue. Until (recently) joining the Open Rights Group – combined with the ongoing media coverage of PRISM and Snowden – I may have been one of those people. I feel somewhat embarrassed, and possibly even a little bit of shame, in admitting this. My conception of human rights was, unknowingly, limited to stereotypical third world problems: massacres in Burma or the right to access clean water and medicines in various impoverished parts of the world.

It wasn't that I didn't think digital rights counted as human rights it was that I failed to make such a connection at the get-go. In my mind, they appeared to be completely separate issues. And I suspect that I wasn't the only person who didn't immediately see a fundamental relationship between digital rights and human rights. The Internet, on the outset, appeared to be just a commodity – another lifeless object to be sold and consumed on the market. However it soon became clear to me that the Internet is more than a mere commodity. It is interactive, dynamic, seemingly infinite and constantly changing. Moreover, it is essentially owned by nobody (although I am sure if certain large corporations get their way it soon might be).

There are, of course, a number of human rights that have been identified as relevant in relation to the Internet. Data protection and privacy have featured prominently in international news stories covering PRISM, WikiLeaks, Snowden and TEMPORA. But there is also the equally important freedom of expression and freedom of association. These seem to be the staples – built into the very framework – of what constitutes a fair and equal society. Without them, where would we be?

Human rights are commonly defined as a set of fundamental rights to which a person is inherently entitled simply because he or she is a human being. They are universal. All 'men' created equal if you want to get American. So why shouldn't these extend into the digital world? Technology and the Internet have become such an integral part of our daily lives and we shouldn't be exploited by paranoid states or wealthy international corporations looking to get more wealthy. I don't want Google or Tesco peering into my bathroom window because they're desperate to know what kind of toilet roll I use.

And that's what this is essentially all about. It is another example of normal people struggling with the powerful for what should be basic human freedoms. I think it is important to understand that digital rights and human rights are the same issue.