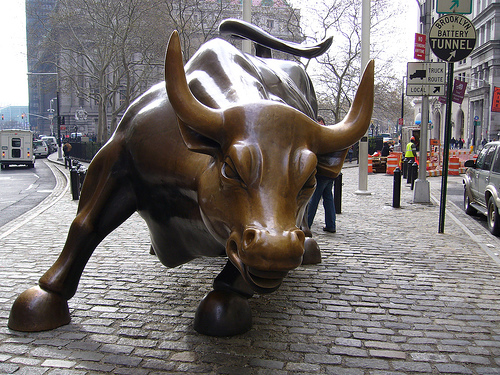 For much of this year I've been helping write and edit guides to coping with and preventing cyberbullying - the kind of thing, in fact, that has been cited as playing a role in the death by suicide of 14-year-old Hannah Smith. The upshot may be bullies on the brain, because this month they seem to be everywhere one looks. In escalating order:

Item: In one of those disputes that arises from time to time in the US because of the persistent battle over who should pay whom, customers of Time-Warner cable currently cannot view CBS or its affiliated channel, Showtime. For those in the UK, this is about equivalent to Virgin cable deciding to block ITV. It is as clear a demonstration of why network neutrality is about antitrust as one could wish. Time-Warner argues that it deserves more money for delivering the audience to CBS, a broadcaster and producer of content. CBS argues that if it didn't provide content, no one would subscribe to Time-Warner. To make its point, CBS is blocking Time-Warner cable Internet subscribers from accessing content on its Web sites. Caught in the middle are consumers, who continue to receive cable bills in the full amount for less than the service they're paying for. As Ken Levine wrote yesterday, We're all just pawns. The only winners are file-sharing sites. There can be no greater impetus for unauthorized downloading than a complete inability to access content for which you have legally paid.

Item: over at Knowledge Ecology International, James Love writes that Michael Froman, the US trade relations ambassador, wrote to the US International Trade Commission objecting to the injunction stopping Apple from violating a patent a court ruled belonged to Samsung. Groklaw has more on the way this particular patent dispute has turned into let's-play-national-favorites. Again, the pawns here are consumers, who care very little who wins as long as they can get smart phones that are easy and fun to use and who, though the prices attached to those phones, are paying for both sides of this dispute. Historically, Apple does better focusing on (insanely) great new ideas than it does in suing the old ones. But litigious behavior, too, is part of the legacy of Steve Jobs, who vowed to destroy Android because it was a "stolen product". That's Apple's excuse. And the US?

Item: I love online shopping probably more than the next person, but this Mother Jones article outlining the working conditions for those working in the warehouses of a company that could be Amazon.com and the Democracy Now follow-upgive me pause.

Item: In a particularly vicious kind of attack, a number of otherwise innocuous sites, including that of a furniture retailer, were hacked so that users following links from pornography sites would be taken there and infected with malware while being shown images of child sexual abuse. As Charles Arthur finds in the Guardian, the purpose of the images was simply to scare people into not getting their machines cleaned. A not unreasonable fear: arrests based on repair folks finding such material on people's machines have been known to happen. This is a vicious attack for all concerned: the businesses whose sites were hacked may find themselves on blacklists and the hacked individuals are at risk for both identity theft and the possession of illegal images.

Item: It's hard for me to imagine a more innocuous campaign than one to get Jane Austen's face onto a £10 note. And yet the successful outcome got Caroline Criado-Perez rape threats on Twitter. After some initial hesitation, the wheels of Twitter and the police cranked into gear and there have been arrests. Good: these threats were not just another misunderstood Twitter joke. And yet: with all the regulatory posturing David Cameron has been doing lately, we must be careful not to return to the days when it was common for media to warn women that the online world was too dangerous for them to handle. I was pointed this week at an excellent essay by Laura Miller from those days (unfortunately, not online: you must source a copy of the book Resisting the Virtual Life in order to read it) warning that characterizing cyberspace as the "frontier" and women and children as endangered is a narrative that inevitably leads to regulation. Criado-Perez didn't need new regulation to control Twitter or the police; she just needed them to *act*.

Item: A thirteen-year-old girl who was the victim of sexual abuse by a 41-year-old man also needed the justice system to act. And it did, up to point: it got the abuser arrested, prosecuted, and into court. At which point the whole thing broke down. The prosecutor described her as looking older than 13; the judge called her "predatory" and said she egged her abuser on. This is the nastiest, most profound, most personal kind of bullying because it comes from the very people who are supposed to be the ultimate repositories of society's trust. And it didn't happen online, it happened in real life. If David Cameron really wants to protect children, *this* is where he should start.