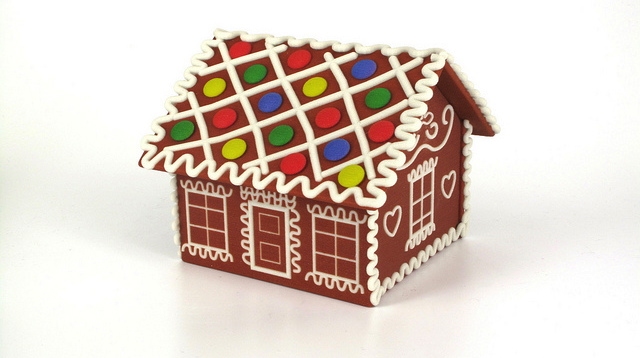 Printing in three dimensions -- or "additive manufacturing" as it is technically known -- has been hitting the headlines recently. The announcement in the USA of the first fully functioning gun almost 100% produced by 3D printing has instantly made millions aware of the potential of this technology. It has also prompted calls for its regulation. But in Lipson and Kurman's book, weaponry is among the least disrupted sector in the advent of 3D printing. Why limit yourself to printing a gun, when you can print a heart?

This may sound far fetched, but researchers at Cornell University are already working on printed heart valves, and other printed body part replacements, such as bones, are now routine. Bioprinting has moved from science fiction to the news. Only recently researchers at Princeton have managed to print a bionic ear. In fact it is difficult to think of an area not touched by 3D printing as we go through similar jaw-dropping examples in almost every imaginable human activity.

Art and fashion are obvious candidates, and here imagination knows no limits. Artists are printing organically shaped tables, and chain mail clothing made of interlocking pieces that have been created together. In education, 3D printers are slowly finding their way in, but also out of the STEM and vocational boxes to start influencing general teaching and learning. This is similar to the way that computers left the IT lab behind to become embedded in every aspect of education. Digital cuisine is apparently seeing huge developments, as people mod their printers to fit anything edible that can be squeezed through nozzles. The octopus shaped cornbread looked particularly good, but ultimately this is not that different from fast food fries or Pringles.

These examples are at the cutting edge, but 3D printing is already mature in standard industrial design, with rapid prototyping of car and computer parts the norm. The impact on mass production is yet to be realised however. Lipson and Kurman believe that 3D printing will transform manufacturing but will not necessarily replace mass produced cheap goods. Instead it will allow for the development of new types of industry. Localised, nimble manufacturing of personalised goods in small batches will stretch the market power of the long tail. At present, communities of designers and manufacturers flourish at online places such as Thingiverse, Shapeways and 100kGarages, and are already redefining the relationship between producers and consumers. Some of the pioneers in this area of DiY are even printing the printers themselves, such as the RepRap.

The examples above are great to lighten up dinner table conversations, but the book is not simply a futuristic cabinet of curiosities. There are highly approachable introductions to the technologies and processes. If you ever wondered what the differences between stereolithography (SL) and laser sintering (LS) are, then this book is for you. A particularly interesting section deals with the symbiotic relationship of 3D printing with design software, an often overlooked constraint on what is currently possible. Most contemporary CAD software evolved from industrial machining based on cuts and grinds, and carries some inherent limitations that will take some time to overcome.

Equally important are the materials available. There is a growing range of options to suit most tasks; mainly plastics, but also metals and organic materials - who would have guessed that powdered crab shell would be ideal? In industry the challenges come from finding more environmentally friendly and recyclable materials, composites of conductive and non-conductive materials to allow for the printing of electronics and reactive materials that change their properties to suit conditions. But the ultimate goal is to move to "digital materials" that are composed of discrete units called voxels. The same way that a 2D screen is composed of pixels, 3D printers one day may pile up three-dimensional dots with specific properties that combined will allow for the creation of any object.

This book is unabashedly optimistic about the potential of this technology to change the way we humans make the world, and it is hard not be infected by the clear passion and knowledge of the authors. However, that is not to say that it has the tendency to get annoyingly rose-tinted. Lipson and Kurman carefully explain where the state of the art lies right now, where are the obstacles to the utopia, and what we can realistically expect in the foreseeable future. They also consider the ethical, social and legal implications.

Besides considering the currently small risks from the creation of weapons and designer drugs, the authors see consumer safety as a huge issue. The law will need to clarify responsibilities, probably through case law. Intellectual property will also become a battlefield. Designs and copyrights of physical objects can be very difficult subjects before you get to 3D printing. The book runs through some of the basic issues around 3D printing and IP law, including an introduction to Open Source Hardware, but without much detail. UK based printing aficionados should remember that the IP regime here can be very different to the USA. A more detailed analysis of there legal implications from a UK perspective can be found here.