Wendy Grossman gives some background to the call to open up the Postcode database, beginning with the question: Can you copyright facts? 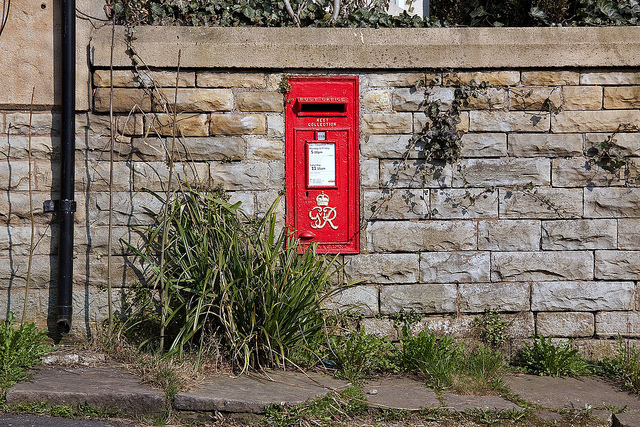 "The principle that information taxpayers pay to collect should belong to the public was apparently thoroughly embedded. I was shocked to learn that in Britain these databases were not only copyrighted but that people had to pay to use them."

There's a principle established in US law by the case Feist vs Rural Telephone Service Company that facts cannot be copyrighted. (Not that people don't try.) More than that, Feist established that a database of facts as basic as names, addresses, and telephone numbers compiled with little "sweat of the brow", cannot claim protection as intellectual property.

I hadn't heard of Feist in 1993, when the late Personal Computer World assigned a piece about the Postcode Address File (PAF)) and the telephone directory database, but the principle that information taxpayers pay to collect should belong to the public was apparently thoroughly embedded. I was shocked to learn that in Britain these databases were not only copyrighted, to the Post Office and British Telecom respectively, but that people had to pay to use them.

Twenty years later, Ofcom has just concluded a consultation to discuss PAF's licensing arrangements. The gist of its recommendations: that the Royal Mail simplify its pricing, but that it continue to "recover its costs" through licensing. The Open Data User Group begs to differ. Its response to the consultation objects to the redaction of costing details and questions the figures; suggests alternatives to PAF itself; ; and argues that PAF should become an open dataset free at the point of use in the public interest. ODUG also objects to Ofcom's "business-as-usual" tone.

ODUG's chair, Heather Savory, told the Guardian a few months ago: "This is data which comes from publicly funded, publicly owned bodies. The Royal Mail is very opaque about the costs and profits of keeping PAF up to date, but we're pretty sure they could afford to make it free."

Other than when you receive postal mail, the most common way you encounter PAF is that you fill out a Web address form by typing a postcode and choosing from a picklist of valid addresses. In the mid-1980s, software companies began licensing it to provide that functionality for over-the-phone sellers and direct marketers; by 1993 they were beginning to link PAF to other databases to create new applications. Jean Lemon, then the value-added resellers manager for the Post Office, told me about 15 licensees were authorized to sell software based on PAF; Ofcom's report says there are now 250 licensed "solution providers" who embed PAF in products from those familiar ecommerce applications to customer relationship management systems.

It's clear no one foresaw the data's many potential uses. Spokespeople for GB Address, one of those 15 1993 companies, told me: "When we started we thought there'd be a good market among mail order companies, but it turns out there's a big market among any companies collecting addresses: charities, travel companies, insurance companies, hospitals."

By 1996, I returned to the subject when a resident of the US state of Oregon paid a modest media charge to buy a copy of the state's vehicle licensing database and put the whole thing online. Cue discussions of privacy, the value of public data, and so on. The feature I wrote about that incident for the Daily Telegraph (TEXT) included an inevitable comparison to the situation in the UK, where getting a single address out of the Driver and Vehicle Licensing Agency requires you to fill out a form justifying why you need it and pay a (small) fee. So one reason something like "couldn't happen here" is that you can't get the data. This is how we get silly situations like requirements to click on data licenses on local council Web sites

At that point, the Royal Mail was barely beginning to think about the Internet. Lemon, revisited, told me that costs were coming down and the adding PAF to Internet application back ends didn't seem particularly difficult. She even raised the question of whether to continue to recover costs by selling licenses or to make the database freely available. Now, 17 years and three-four, Internet generations later, Ofcom is still dubious. .

If, however, we look at the Royal Mail as an element of the larger national economic system and an essential piece of the national instruacture, then keeping the data closed is absurd. Ofcom estimates the value of PAF to the British economy at £1 billion - 40 times the revenue it brings the Royal Mail. How much greater would the value to all of us if it were free?

Wendy M. Grossman's Web site has an extensive archive of her books, articles, and music, and an archive of all the earlier columns in this series. Stories about the border wars between cyberspace and real life are posted throughout the week at the net.wars Pinboard - or follow on Twitter.