Wendy M. Grossman looks at the 'first-world' problems that the digital world is currently enduring. 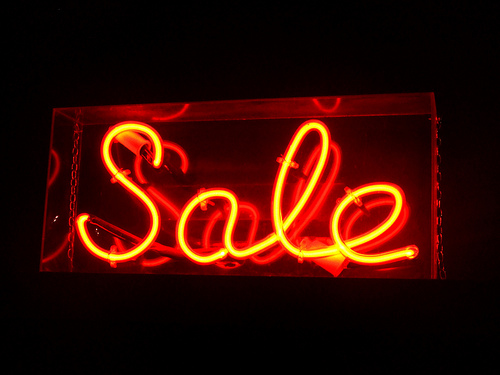 A friend who for a while worked for a large company with offices all over the place used to recount the complaints he heard people make. Of which, my personal favorite was, "My twin 30-inch monitors are blocking my view of the mountains."

Closer to home, my actual neighbors take it personally when too many alien cars are parked on their street ("I don't want to have to see them" says one) and gripe about the noise of the planes from Heathrow (which in a different part of their brains they're glad is conveniently close for when they fly on vacation to Australia or Macau). It's the unselfconscious naturalness with which people use the word "nightmare" for their broken washing machine or the tiny dead pixel-sized flaw in the paint on their Jaguar E-type that makes entertainment out of the lack of perspective and arrogant ease of life in a country where one does not have to walk five miles to bring back water in a bucket.

Sometime in late 2008, when the recession was just beginning, I heard a Russian economist expounding on American radio the reasons why Americans would be unable to cope with a real economic depression, as opposed to Russians. Russians, he said, are used to living in small spaces with their extended families. Russians, he said, help each other. Russians, he said, are used to getting up and doing stuff for themselves instead of sitting around on couches watching TV. I thought he was full of garp. For one thing, Americans may be flung far from their relatives, but there is a strong local community culture built around friends and local interests, especially churches, that he was completely either ignoring or ignorant of.

In a case of real economic breakdown, I feel sure that neighbors with big lawns backing onto each other would gear up to share the space to grow vegetables and raise chickens and maybe a couple of goats. I have no trouble imagining older neighbors teaching skills like cooking, preserving, sewing, and wood and metal working to younger ones. And so on. It's not the life today in suburban Anywhere USA, but people do what they must to survive. Few people anywhere become couch potatoes because that's all they can do. They do it because they *can*, a very different situation. People change when circumstances change.

Conflating the US and UK somewhat here, this month has been a scary vista of circumstances changing. For years, privacy advocates have lamented the public's apparent lack of interest in privacy. Companies selling privacy-enhancing technologies have come and gone, from DigiCash to Canada's Zero Knowledge Systems to the lemming-like march to pay with personal data for "free" Internet services. The security services' reaction to the Snowden and Wikileaks revelations - the detention of Guardian journalist Glenn Greenwald's partner, David Miranda, the raid on the Guardian, the treatment of Bradley Manning - suggests that either they believe the public really doesn't care or they want to intimidate us to make sure we don't dare to care. Bruce Schneier believes something close to the latter: he calls Miranda's detention poorly controlled anger, the most dangerous explanation of all, though he also thinks the real target was documents Miranda was carrying. At Slate, William Saletan calls the detenction an abuse of anti-terrorism law.

At a debate in July that I attended, Duncan Campbell - whose own work exposing the Zircon spy satellites got New Statesman and the Glasgow site of BBC Scotland raided in 1987 - argued, "The walls of secrecy have to come down. We are an adult society. We have learned that terrorists are among us." Later, referring to a comparison made by German premier Angela Merkel between PRISM and Tempora and the activities of the Stasi: "We have lost the memories of fear that are so fresh in Germany. Heaven forfend that we should have to go through these experiences again to learn why it matters. But there is a generation of hackers and snoopers who have forgotten that it matters." Instead, he said, "We can have more trust if we get these programs out in the open." What he's asking for is a complete cultural change in the security services, a tall order they are going overboard to resist - and yet, as Charlie Stross pointed out this week, it may be forced on them through generational change.

Separately, a friend wondered: if David Miranda had been Glenn Greenwald's heavily pregnant wife, rather than his husband, would it have been clearer to his detainers how the world would view their actions? Another asked, "Do they *want* to make more terrorists?"

Don't we all want easy, comfortable lives? Where secure email services like and Silent Circle can operate for those who, really need them - and where those people aren't us? Where the indefatigable volunteer owner of a hugely useful site like Groklaw doesn't feel she has to stop explicating the hard parts of patent law? Where a newspaper publishing controversially in the public interest might be taken to court, but not raided? Today these are first-world problems.