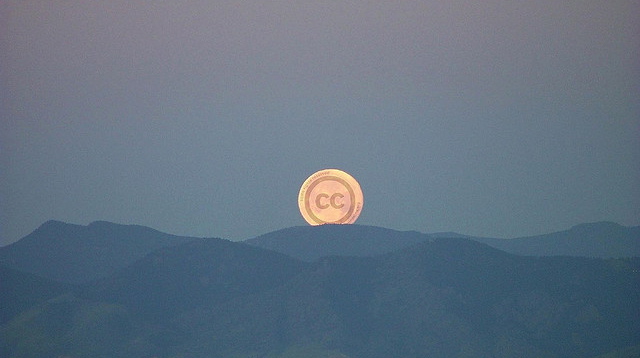 At the recent OpenTech, perennial grain-of-sand-in-the-Internet-oyster Bill Thompson, in a session on open data, asked an interesting question. In a nod to NTK's old slogan, "They stole our revolution – now we're stealing it back", he asked: how can we ensure that open data supports values of democracy, openness, transparency, and social justice? The Internet pioneers did their best to embed these things into their designs, and the open architecture, software, and licensing they pioneered can be taken without paying by any oppressive government or large company that cares to. Is this what we want for open data, too?

Thompson writes (and, if I remember correctly, actually said, more or less):

…destruction seems like a real danger, not least because the principles on which the Internet is founded leave us open to exploitation and appropriation by those who see openness as an opportunity to take without paying – the venture capitalists, startups and big tech companies who have built their empires in the commons and argue that their right to build fences and walls is just another aspect of ‘openness’.

Constraining the ability to take what's been freely developed and exploited has certainly been attempted, most famously by Richard Stallman's efforts to use copyright law to create software licenses that would bar companies from taking free software and locking it up into proprietary software. It's part of what Creative Commons is about, too: giving people the ability to easily specify how their work may be used. Barring commercial exploitation without payment is a popular option: most people want a cut when they see others making a profit from their work.

The problem, unfortunately, is that it isn't really possible to create an open system that can *only* be used by the "good guys" in "good" ways. The "free speech, not free beer" analogy Stallman used to explain "free software" applies. You can make licensing terms that bar Microsoft from taking GNU/Linux, adding a new user interface, and claiming copyright in the whole thing. But you can't make licensing terms that bar people using Linux from using it to build wiretapping boxes for governments to install in ISPs to collect everyone's email. If you did, either the terms wouldn't hold up in a court of law or it would no longer be free software but instead proprietary software controlled by a well-meaning elite.

One of the fascinating things about the early days of the Internet is the way everyone viewed it as an unbroken field of snow they could mold into the image they wanted. What makes the Internet special is that any of those models really can apply: it's as reasonable to be the entertainment industry and see it as a platform that just needs some locks and laws to improve its effectiveness as a distribution channel, as to be Bill Thompson and view it as a platform for social justice that's in danger of being subverted.

One could view the legal history of The Pirate Bay as a worked example, at least as it's shown in the documentary TPB-AFK: The Pirate Bay – Away From Keyboard, released in February and freely downloadable under a Creative Commons license from a torrent site near you (like The Pirate Bay). The documentary has had the best possible publicity this week when the movie studios issued DMCA takedown notices to a batch of sites.

I'm not sure what leg their DMCA claims could stand on, so the most likely explanation is the one TorrentFreak came up with: that the notices are collateral damage. The only remotely likely thing in the documentary to have set them off – other than simple false positives – is the four movie studio logos that appear in it.

There are many lessons to take away from the movie, most notably how much more nuanced the TPB founders' views are than they came across at the time. My favorite moment is probably when Fredrik Tiamo discusses the opposing counsels' inability to understand how TPB actually worked: "We tried to get organized, but we failed every single time." Instead, no boss, no contracts, no company. "We're just a couple of guys in a chat room." My other favorite is probably the moment when Monique Wadsted, Hollywood's lawyer on the case, explains that the notion that young people are disaffected with copyright law is a myth.

"We prefer AFK to IRL," says one of the founders, "because we think the Internet is real."

Given its impact on their business, I'm sure the entertainment industry thinks the Internet is real, too. They're just one of many groups who would like to close down the Internet so it can't be exploited by the "bad guys": security people, governments, child protection campaigners, and so on. Open data will be no different. So, sadly, my answer to Bill Thompson is no, there probably isn't a way to do what he has in mind. Closed in the name of social justice is still closed. Open systems can be exploited by both good and bad guys (for your value of "good" and "bad"); the group exploiting a closed system is always *someone's* bad guy.

Wendy M. Grossman’s Web site has an extensive archive of her books, articles, and music, and an archive of earlier columns in this series. Stories about the border wars between cyberspace and real life are posted irregularly during the week at the net.wars Pinboard - or follow on Twitter.