Hamlet and the British Library

Milena Popova looks at whether or not the British library are just in their decision to deny online access to Shakespeare's Hamlet, because of its 'violent content'. 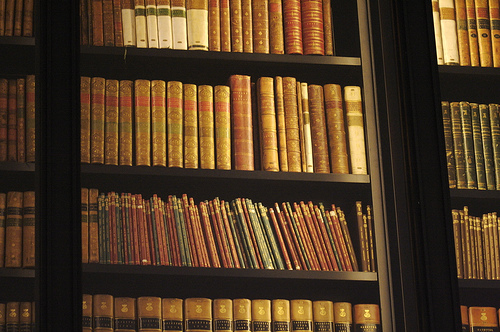 So this month author Mark Forsyth found out that the British Library blocks access to Hamlet on the grounds that it is violent. In pantheons across dimensions, the gods of irony collectively handed in their resignations. Of course, the pertinent question here is not why the institution charged with keeping a “comprehensive collection of books, manuscripts, periodicals, films and other recorded matter, whether printed or otherwise” should censor what is commonly considered one of the greatest works of English literature - I am going to take it as read that that’s frankly ridiculous. Rather, the pertinent question is what on earth is the British Library doing censoring anything in the first place? Therefore, I’d like to examine a few instances where a case might be made for a library of record censoring or restricting access to certain materials.

The curious case of back issues of the Sun

Among its many collections, the British Library takes pride in its newspaper section, which features pretty much every British and Irish newspaper published since 1840. One interesting feature of this collection is that it contains many images which under current legislation are defined as Level 1 indecent images of children. Prior to 2003, many models for Page 3 and similar features were aged 16 and 17. However the Sexual Offences Act 2003 extended the definition of “child” for the purposes of “indecent images of children” to include 16- and 17-year-olds, effectively consigning large chunks of back issues of The Sun to the category of “indecent images of children”. Possession and distribution of these is illegal. What should the British Library therefore do with it’s extensive collection of such images?

There is a popular belief that Hitler’s Mein Kampf is banned in Germany and Austria. Given the destruction that the ideas in that book unleashed on Europe and the world, one could even possibly understand a decision to ban it. The legal situation, however, is considerably more complex. Possession of the book for private use is legal in both countries. So is the sale of copies printed before April 1945. What is banned is the deliberate distribution of national socialist propaganda, including the import of new copies of the book. The reason no new editions of Mein Kampf in German have been published since 1945 is that the state of Bavaria holds the copyright to the book. That, however, expires in 2015, and there are significant concerns that neo-Nazi organisations will take the opportunity to republish Mein Kampf with their own slant on it. Should libraries in Germany and Austria therefore hold copies of the book? The answer is that they do. Libraries in both countries stock the book and allow use of it for research. There are also currently plans to publish a new, annotated edition, putting the work in an appropriate historical context. There is clearly a recognition here that the banning and censorship of ideas is not an effective method of combating them. A critical examination, on the other hand, enabled by the availability of the book in libraries and by a new annotated edition is much more likely to ensure history is not repeated.

Of course banning great works of English (and other) literature is hardly unprecedented. The Canterbury Tales have been banned and censored on and off for centuries. At different times people have taken issue with different aspects of the work, from its criticism of the church, to sexual innuendo and depictions of rape. As recently as 1995, the book was removed from a the syllabus of a high school course in Illinois for its sexual content.

J.D. Salinger’s The Catcher in the Rye was the most censored book in US high schools and libraries between 1961 and 1982. It continues to feature regularly in the American Library Association’s top ten list of most challenged books. The reasons for challenging the work include vulgar language, blasphemy, undermining family values, sexual references, and encouragement of rebellion. I know I certainly found the book deeply emotionally moving as a hormonal teenager and also that it didn’t hold its own upon a second reading as an adult. Neither of those, however are in my view valid reasons to ban it.

Shakespeare himself is no stranger to being banned, censored and bowdlerised. Reasons people have objected to his work should by now sound familiar: vulgarity, blasphemy, sexual references, references to suicide and sex work. Add to that “encouraging homosexuality” (Twelfth Night) and anti-Semitism (The Merchant of Venice).

Ultimately, our society and our moral values change. I don’t necessarily want to live in a society where eroticised images of 16-year-olds or Mein Kampf are considered good things. Having said that, I don’t think any of the people who have challenged and banned Shakespeare and Chaucer through the ages would want to live in our culture today. Many of the works banned, challenged and censored throughout history are now considered classics. There is no way for us to know what society will value in 50 or 100 or 300 years’ time.

More importantly, even works which we today consider harmful or illegal have value in that they help us understand the cultural and historical context of their time. The British Library Board is specifically charged with managing the Library as a “national centre for reference, study and bibliographical and other information services, in relation both to scientific and technological matters and to the humanities.” It is there to store, preserve and make available to the public and to researchers documents and artefacts of humanity: our culture, our history, our knowledge. As a library of record, the British Library in my view has an obligation to store even the most dubious of our cultural output. While a valid case may sometimes be made to restrict access to certain materials, this should always be on solid legal grounds, after thorough review, transparently and on a case-by-case basis. Blanket filtering of any work, let alone Hamlet, on grounds as spurious as “violent content”, is in no way consistent with the ethos of the institution.