Wendy M. Grossman criticises the proposed policies outlined by Nominent in regards to how we should deal with seemingly "offensive" domain names in a provocative and timely piece. 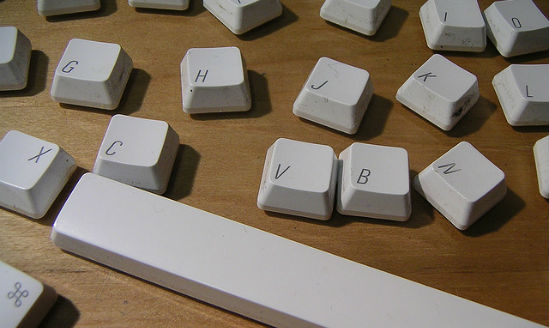 Registering domain names sounds like a simple, straightforward job. In fact, until 1998, the entire domain name system – the thing that lets you use the wordlike string pelicancrossing.net (which I preferred to the then-unregistered wendygrossman.com) lead you to my Web site rather than the four to 12-digit numbers the computers actually use behind the scenes – was managed by one person: Jon Postel. Plans had already begun to shift the DNS into a more professional structure when he died. The result is global management by the Internet Corporation for Assigned Names and Numbers, which subsidiarily has a registry for each top-level domain (.net, .com, or a country code like .uk), which in turn has registrars that do the actual work of selling and setting up registrations. Even as ICANN was being set up, many foresaw that it could become a central point of censorship. That's taken longer to happen than was feared, but as Monica Horten highlights in her new book "A Copyright Masquerade", seizure of registered domains has become a weapon of copyright enforcement actions.

In the UK, the country code authority is Nominet. Nominet has been asking for comments on whether and how it should deal with "offensive" domain name registrations. These are due November 4.

First question: what's offensive? I happen to find those repeated announcements in train stations and elsewhere that the ubiquitous CCTV cameras are "to enhance safety" offensive propaganda, but my chances of getting them banned are approximately nil.

In the case of domain names, the driver behind this push seems to be John Carr, whose career as a campaigner for online child safety has grown up alongside the Internet since at least the mid 1990s. His targets, therefore, as explicated in Nominet's outline of the situation, seem to be domain names that hint at incest, rape, and pornography. Nominet's documentation gives a short list of sites that have been complained about. A couple weren't registered, a couple were referred to the Internet Watch Foundation. The most significant were the two in which the offensive part of the name was actually at the second level – beyond the scope of Nominet's control. This suggests that as a practical matter avoiding offensive domain name registrations is pretty much impossible: there are too many workarounds.

The more important point is that what matters is the content of a Web site. Only rarely – for example, in cases of bullying – is the name important as a signifier.

Pause for some Internet history to illustrate the pitfalls of judging by name only. Back in the early 1990s, when the big online party was Usenet, there was a game you could play. It relied on two things. One: that anyone could start a newsgroup in the alt hierarchy. Two: that university users (who were most of the Usenet population before 1994) would see the list of new newsgroups available when they turned on their reader software in the morning. So the game was to make up silly and provocative names. Things ending in "die.die.die" were in vogue for a while; also things ending in ".sucks", And there were some deliberately intended to shock and outrage. Many of those newsgroups remained empty shells, the point of their existence fulfilled by their creation.

Names also played a significant role in a very early – 1991 or so – tabloid attack on the (in 2013, still going) UK's CIX conferencing system. At that time, online participants were considered weird, so some intrepid reporter accordingly joined the service and went on a pornography hunt. He found the "adult" conference, discovered its list of files that people had uploaded. When he saw one labeled "Japanese schoolgirls????" he assumed the worst and didn't check. I'm told the "schoolgirl" bit was ludicrous.

The resulting sensationalist article led to some unpleasantness. The conference moderator, a prominent technology journalist, had stones thrown at his house, breaking a window and frightening his children. The actual contents of the adult conference got lost in a disk crash.

I'm going to bet that given that child abuse images are illegal in almost all countries, no one is going to advertise them by registering a domain name that invites police scrutiny. What's more likely is that an outrageous domain name will be used to attract custom for extreme – but legal – material, just as the MPAA's X rating generated ads for "XXX-rated" films.

But even that is giving the domain name system too much importance. Carr's complaint is so last-century, when people found things by typing in domain names, often having to guess. Today the circumstances under which people guess domain names are relatively few. Of the 200 signals that determine a site's Google ranking, hardly any use the domain name itself, and only a few more use data about the domain name. On mobile phones domain names are even less important; apps are obviously where the action is.