The public domain — the wellspring of material that everyone is free to use and build upon — has been steadily shrinking, as the Centre for the Study of the Public Domain in North Carolina tells us.

Our economy, culture and technology depend on a delicate balance between that which is, and is not, protected by exclusive intellectual property rights. Both the incentives provided by intellectual property and the freedom provided by the public domain are crucial to the balance. But most contemporary attention has gone to the realm of the protected. The Center for the Study of the Public Domain at Duke Law School is the first university center in the world devoted to the other side of the picture. its mission is to promote research and scholarship on the contributions of the public domain to speech, culture, science and innovation, to promote debate about the balance needed in our intellectual property system and to translate academic research into public policy solutions.

Public Domain Day is January 1st of every year. If you live in Europe, January 1st 2013 would be the day when the works of painter Grant Wood, anthropologist Franz Boas, writer Robert Musil, and hundreds of others emerge into the public domain – where they are freely available for anyone to use, republish, translate or transform. In the EU, citizens can now freely copy, share, or incorporate thousands of works into digital archives. They can make versions of “European Gothic,” incorporating Wood’s art. They can do all of this and more, without asking permission or violating the law.

When the first copyright law was written in the United States, copyright lasted 14 years, renewable for another 14 years if the author wished. Jefferson or Madison could look at the books written by their contemporaries and confidently expect them to be in the public domain within a decade or two. Before 1978, the copyright term was still 28 years from the date of publication, renewable once for another 28 years — but 85% of copyrights were not renewed and went immediately into the public domain. Under the 1976 Copyright Act, which went into effect in 1978, the term became 50 years from the date of the author’s death (with no need to renew to have the full term).

In 1998, the copyright term was increased to 70 years after the death of the author, and to 95 years after publication for corporate “works-for-hire”, locking up an entire generation of works for

Now? In the United States, as in most of the world, copyright lasts for the author’s lifetime, plus another seventy years. And we’ve changed the law so that every creative work is automatically copyrighted, even if the author does nothing. We have little reason to celebrate on Public Domain Day because our public domain has been shrinking, not growing.

In 2003, many of those who rely on the public domain had their hopes dashed by Eldred v. Ashcroft, the case that upheld the 20-year extension to the copyright term. The Constitution declares that copyrights must only be “for limited times” and that Congress can only create exclusive rights to “promote the progress” of knowledge and creativity.

Despite those limitations, in Eldred, the Supreme Court held that Congress could retrospectively lengthen copyright terms – something that seemed neither “limited” nor aimed at promoting progress. (It is hard to incentivise dead authors!)

But 2012 was to hold in store an even more grievous blow to the public domain. In Golan v. Holder, the Supreme Court held that Congress can remove works from the public domain without violating the Constitution and create a new legal monopoly over it. What’s more, the Court declared, Congress can do so even when it is clear that the new right “does not encourage anyone to produce a single new work”! 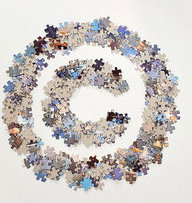 In upholding the law, the Golan majority explicitly endorsed the position that the public has no rights to the public domain. None. Under US law as declared by the Court in this case, copyright is now officially “asymmetric”. While those who have copyrights enjoy vested, legally protected rights, those who enjoy works in the public domain acquired ownership of them. The majority could not seem to imagine that the public had rights other than “ownership” over a free, collective culture.

What are the limits on this decision? Could Congress recall the works of Shakespeare, Plato and Mozart from the public domain, and create new legalised monopolies over them? It is hard to imagine anything more contrary to the First Amendment – would privatising Shakespeare by government decree abridge freedom of speech? – or to the attitudes of those who penned the Copyright Clause that limits Congress’s power to create new exclusive rights. Yet if one reads Golan, one searches in vain for any limiting principle on Congress’s actions. In this decision, Justice Ginsburg’s majority opinion effectively denies the public domain any meaningful Constitutional protection. Under the US Constitution, says this case, the public domain is “public” only by sufferance. It may be privatised at any moment, at the whim of the Congress and without violating the Bill of Rights.

In our opinion as legal scholars, this decision is shockingly cavalier in its dismissal of the importance of the public domain to free speech and to the progress of science and culture. It is also, again in our opinion, unsupported by the text, structure and history of the Constitution. Indeed, it seems flatly contrary to the dictates of the First Amendment and the limitations imposed by the Copyright Clause. Yet its message, however lamentable, is clear. If the public domain is to be protected in the United States, it is not going to be through the Constitution, but through reasoned argument, democratic pressure and legislative action. The public domain will be “public” only so long as the public demands it.

In the United States, as in most of the world, copyright lasts for the author’s lifetime, plus another seventy years. Let’s assume for the sake of illustration that on average, an author creates a work at age forty and lives until age seventy, making the “life” part of the copyright term thirty years from the date of creation. Using this assumption, these extensions of the copyright term can be depicted in the following manner. Each extension represents a winnowing of the public domain.

In addition to extending the copyright term, recent laws eliminated the requirement that authors “opt in” to copyright protection by affixing a basic copyright notice — the word “copyright” or © with a name and year next to it. This change took effect in 1989, and copyright now adheres the moment a work is fixed, whether or not the author wants to protect or sell the work, with no easy way to "opt out" — think of all the amateur videos, travel photos, blog postings, witty musings, jam sessions, or useful tidbits that people want to freely share and don’t intend to commercialize.

Estimates are that under the opt-in system perhaps only 10% of works included a copyright notice; the remaining 90% went immediately into the public domain. Compare that to today, when 100% of works automatically have life plus 70 years or 95 years of protection and are off limits to artists, educators, archivists, remixers, scholars, and everyone else who might want to freely use them. As a result, the chart above only shows part of the story — the shrinking of the public domain has been exponential.

The exceptionally long copyright term has also created a growing limbo of “orphan works.” These works are still presumably under copyright (only works published before 1923 are conclusively in the public domain), but they are commercially unavailable and the copyright owner cannot be found (tracking down the copyright holders of older works is often impossible — read accounts of thwarted efforts to do so here). Orphan works comprise much of the record of 20th century culture — studies have found that only 2 percent of works between 55 and 75 years old continue to retain commercial value. For the other 98% of works, no one benefits from continued copyright protection, while the entire public loses the ability to adapt, transform, preserve, digitise, republish, and otherwise make new and valuable uses of these forgotten works. Read more about the current costs associated with orphan works here and here.

This steady erosion of the public domain is happening just as the internet and digital technologies offer unprecedented opportunities to find, share, catalog, preserve, and remix its riches — foreclosing its enormous potential to feed creativity, innovation, democratic participation, and knowledge advancement.

In recent years, the public domain has been diminished in many ways. Most relevant to Public Domain Day are the changes described above, but other expansions of intellectual property law have also contracted the public domain. These include changes in the subject matter covered by intellectual property (for example, patent protection has been extended to gene sequences and common business methods) and in the activities regulated (for example, the Digital Millennium Copyright Act backs technical controls that curtail personal, non-commercial, and traditionally “fair” uses of digital content).

To learn more about these developments, see Professor James Boyle’s The Public Domain, available for free online here. This content was republished by kind permission of the Centre for the Study of the Public Domain.