Innovation Under The US Government Shutdown

Patrick Goold explores some of the effects the recent US Government Shutdown had on Innovation Policy. 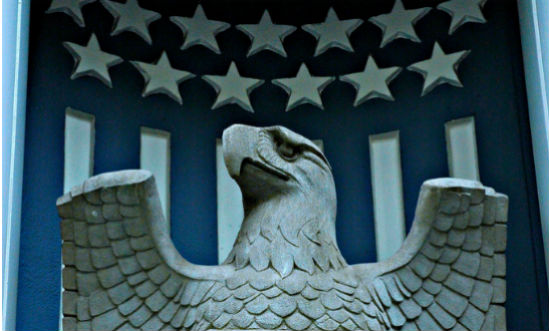 Innovation Under The US Government Shutdown

Image: American Eagle by Wonderlane via Flickr (CC BY 2.0)

It can hardly have passed you by that between October 1st and October 16th, the US Government closed its doors. Congress, wrapped up in its ongoing struggle surrounding President Obama’s health care reforms, failed to enact legislation appropriating funds for the coming financial year and thus forced routine federal government operations to grind to an embarrassing halt. According to Standard and Poor this cost the US economy $24 billion in total. But what may have passed you by are the effects that the government shutdown had on innovation policy.

Most importantly, fundamental actors in the protection of intellectual property failed to carry out their usual duties. The Copyright Office closed. During the closure it continued to accept registrations for new literary and artistic works but delayed processing them until the reopening. The US Patents and Trademarks Office (USPTO) faired slightly better. Enough revenues had been earned from patent application fees in the prior year to keep the USPTO functioning. Yet this did not mean it was business as usual. At least one important public meeting on copyright reform, entitled “Copyright Policy, Creation, and Innovation in the Digital Economy,” was postponed from October to December citing “complications” arising from the shutdown. And the announcement made on October 1st stating that the USPTO would stay open made clear that the office only had enough funds for four weeks of government absence.

Both the International Trade Commission (ITC) and Federal Trade Commission (FTC) followed the Copyright Office into hiatus. The ITC exists in part to offer patent owners a fast and efficient relief against imports that infringe US patents. But during the shutdown this option was foreclosed to patentees, thus defeating the organization’s role in providing timely patent protection measures. Even now the ITC has reopened, the delays caused by the shutdown are likely to continue causing confusion, as many cases need to be rescheduled. Simultaneously the FTC’s research into non-practicing-entities, otherwise known as patent trolls, was stopped. We are still waiting on their report giving proposals on how to tackle the perceived troll problem.

Nor did the problems facing the IP system stop at the domestic level. The US Trade Representative (USTR) is currently negotiating the Transatlantic Trade and Investment Partnership. This international trade agreement between the EU and US will contain a number of provisions on intellectual property. As the USTR closed down, it had to cancel an important meeting in Brussels. Similarly President Obama cancelled his trip to Indonesia, where he was expected to take part in the Asia-Pacific Economic Consideration summit, which had scheduled discussions on another major trade agreement with intellectual property provisions, the Trans-Pacific Partnership.

Scientific research equally took a hit. The National Cancer Institute furloughed almost 80% of its workers, postponing many clinical trials. Patients could not enroll at the Centre for Disease Control or the Food and Drug Administration. While innovation in the energy market slowed as the Department of Energy’s leading research and technology development offices, including the Office of Science and the Office of Energy Efficiency and Renewable Energy, were run by skeleton crews. This dramatically reduced the number of people working on various clean energy projects.

The fascinating lawsuit between the tech companies and the US federal government in relation to the NSA was also unsurprisingly postponed. Various companies, including Microsoft, argue they have a right based on the First Amendment to reveal details related to NSA information requests.

It is perhaps no surprise by now that the short-term political interests can corrupt our long-term innovation goals. But usually this relationship is more insidious, hidden from the public. In 1998, the Copyright Term Extension Act added a full twenty years to the term of copyright protection, largely at the behest of Disney who wished to keep Mickey Mouse from falling into the public domain. The government shutdown highlights a new, less planned and more calamitous, way innovation can be sacrificed to the problems in our democratic system.

Of course if the US federal government cannot separate politics from innovation, perhaps some other entity can. When it was announced that the NASA website was to shut down, Russia’s Pirate Party came to international rescue. In an open letter to NASA, the party offered to host the website on its servers until the fiscal crisis was over. At least the offer was made with enthusiasm, ending as it did with the words “We love Mars”.

And while very few people would be happy with handing over the NASA website to Russian pirates, perhaps a lesson is still to be learned from their offer. When a nation acts like a child, others will treat it as one.

Patrick Goold is the Microsoft Research Fellow at University of California, Berkeley, School of Law. He holds an LL.B. from Newcastle University, an LL.M. from Cornell Law School, a PhD from the Max Planck Institute for Intellectual Property and Competition Law, and is qualified to practice law in New York. His research interests include intellectual property law, legal theory, and international law.