Wendy M. Grossman explores the continuation of domain wars that are currently a topic of discussion within Peru and Brazil. 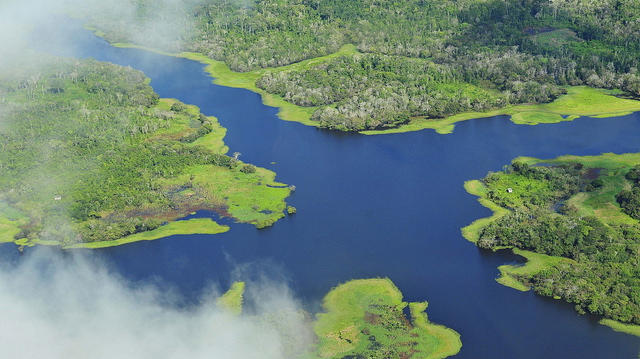 Brazil and Peru are objecting to Amazon.com's application to control .amazon

The domain name wars are back: Brazil and Peru are objecting to Amazon.com's application to control .amazon. This sort of dispute has been going on for at least 20 years, and always, in my view, for the same reason: there is no consensus about what the domain name system is *for*. Various paradigms have been suggested over the last 30 years - directory, list of trademarks, geographic guide, free-for-all. There are cases to be made for all these ideas, by consumer advocates, lawyers, governments, or engineers (respectively), but the most current answer seems to be "a way for ICANN to make money". Set up in 1998, ICANN is the Internet Corporation for Assigned Names and Numbers, the organization in charge of allocating Internet names.

I have a lot of sympathy with Peru's and Brazil's claim "Amazon" is a lot older than Jeff Bezos On the other hand, they already have the country codes .br and .pe respectively; it's not like they'll fall off the Internet without .amazon as well. But the lack of consensus about the purpose of the DNS (other than to ease human navigation) means these conflicts are inevitable. No clear structure guides who gets precedence: countries or companies, geographical regions or brand names.

The brief background: traffic is routed around the Internet by computers that use numbers - Internet Protocol addresses. To make it easier for humans, in 1983 Paul Mockapetris created the Domain Name System, which provides a server that takes the name you request and routes your request to the correct number. Domain names are hierarchical and read right to left in order of increasing specificity: google.com takes you to Google's main page, news.google.com takes you to the news servers at Google. The rightmost piece (.com in google.com) is known as the top-level domain, and these come in two types: generic (.com, .edu) and country code (.us, .uk). The intention was that national enterprises would register under their country code, and only multinational organizations would register under the handful of generic top-level domains (gTLDs): .edu (educational), .org (non-profits), .mil (military), .net (for staff of ISPs), and, of course, .com (for commercial organizations).

Blame the users that things did not work out that way. As things shook out, everyone wanted to be in .com, the gTLD that Mockapetris had originally opposed creating. As the early rush online grew into the dot-com boom of the late 1990s, people began complaining that all the "good names" were taken. By this they meant that the *meaningful* names in .com were taken. By 1997, plans were afoot to create more gTLDs and add support for international - that is, non-ASCII - alphabets.

Since then, a relatively small number of new gTLDs have been created with, it seems to me, relatively little effect. As of March 2013, there were more than three times as many registrations in .com as in the next seven gTLDs put together. It's also notable that the top three continue to be the oldies: .com, .net, and .org. What isn't so easily calibrated is the percentage of registrations that are defensive: IBM, for example, is registered in .biz, .info, and .org (plus, I'm sure, many country code domains as well), all of which divert to its main site at ibm.com.

In 2011, ICANN announced it would create as many as 1,000 new gTLDs via an application process that starts with a $185,000 fee and that closed to new entries in March 2012. Vetting the 1,900 applications ICANN received is understandably slow.

The absurdity of the whole situation is that what really matters are the numbers. You can, as the instructions for bypassing the UK court-ordered block on accessing The Pirate Bay show, get to a site using only its number (assuming you know it). Censorship efforts so far have focused on blocking access to a given site by altering the DNS server's response to requests for its name - a man-in-the-middle attack, basically. Yet few understand the numbers; it's the names that have meanings people care about.

Personally, I've never been convinced that the new gTLDs answer any real need. More, they revive and intensify all the old conflicts and confusions: under the old system you can have amazon.pe, amazon.us, and amazon.com and the "amazon" in each case can mean something different. Under the new one, only one usage can win. Kieren McCarthy, who has covered ICANN in greater detail than any other journalist I'm aware of and who even worked for the organization for a time, has raised a more frightening issue: that the Governmental Advisory Committee has demanded "safeguards" for the new gTLDs that, if implemented, could mean government-ordered content restrictions.

From the day ICANN was created, this potential for the organization to engage in censorship has been a frequently-voiced concern. So far, it has stuck to a narrow technical remit. But this year is seeing many more concerted efforts: the British Prime Minister is pitching for clean public wifi, and Eric Schmidt is imagining an Internet carved up by censorship into national regions. Whatever the DNS is for, it shouldn't be for implementing censorship. As Evgeny Morozov would despise me for saying: it would break the Internet as we know it.

Wendy M. Grossman’s Web site has an extensive archive of her books, articles, and music, and an archive of all the earlier columns in this series. Stories about the border wars between cyberspace and real life are posted throughout the week at the net.wars Pinboard - or follow on Twitter.