Wendy M Grossman examines the lengthy process of policy creation, and the ways in which technology can help to reshape and shorten the process. 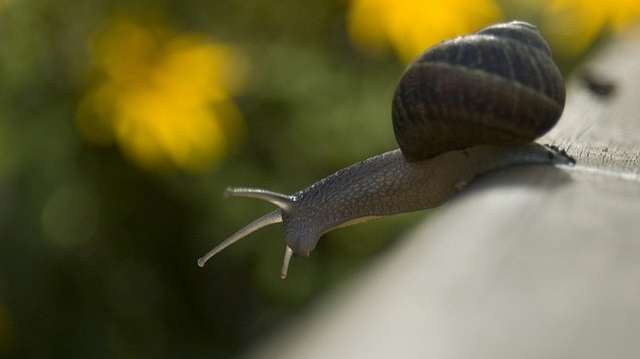 There are two ways to approach fixing a complex system that everyone is unhappy with. One is to analyze the problem by asking what a fix would look like and then how to implement it. The other is to look at new technologies and ask how they can help.

In the case of government policy-making, the complaints are well-known and of long standing; they boil down essentially to the fact that policy is made by the few for the many, and there are always going to be disconnects in the interface between those two groups. The few may ignore, not understand, or not hear expert advice; the people most affected may not have a voice; entrenched prejudice may prove impossible to shake; the political climate may mean certain ideas simply will not be considered; or the resulting legislation may be derailed at the last minute by special interests. These difficulties are likely to remain no matter what mechanism you use for enacting legislation and no matter how you gather information and opinion beforehand. And the people don't always know best: in California, where the number of referendums turns the published voter instructions into something the size of a telephone book, popular policies may have adverse consequences that persist for decades after they become law.

The technology world has a weird and uneasy relationship with all this. Policy making is slow, which techies tend to hate. It's *governmental*, which libertarian techies tend to hate even more. Young upstarts simply ignore it by routing around it: the release of PGP onto the Internet in 1991, for example, up-ended entrenched policies on encryption. It's almost a sign investors could use that a technology company has reached the dreaded maturity when instead of bypassing laws by deploying new technologies it starts sending delegations to legislatures and hiring lobbyists.

It was therefore interesting to listen to the civil servants assembled for yesterday's London tea camp chew over short presentations from various people attempting to make real change in how policy-making happens in Britain. This is a discussion that I'd missed until now but that is taking place in a number of venues and reflects a broader plan for civil service reform that includes improving policy-making.

Among the major questions raised yesterday is how to broaden the range of information and participants: today's model of publishing consultations, collecting and collating responses, and then publishing reports and draft legislation attracts only the most dedicated respondents who then risk being thought of as cranks if they say the same thing too often even if they're both expert and right.

This is Anthony Zacharzewski's focus; his organization, Demsoc, aims to broaden participation. Government policy, he said yesterday, "has to be based on the best possible information. There are far more sources of information out there than policy-makers use." One of the things he complained about is speed: "People don't want to wait four years to change policy. We have to find people in the networks where they are already having conversations. They won't come to us."

And yet: policy-making isn't a speed trial. Policy that is going to affect a nation for decades to come should be implemented deliberately, slowly, and after careful thought.

Hannah Rutter, (Twitter: @openpolicyuk), from the Cabinet Office, struggles with the meaning of "open" in "open policy". "How to consult more widely is just one sliver," she said. "There's a broader piece about how to broaden the quality of the evidence we're getting - not just more academics and more think tanks - the people who are experiencing and delivering the services."

Other speakers are looking at how the civil service works, trying to use agile technologies to remake how policy is created, and running small, manageable experimental projects that can be shut down quickly and cheaply if they don't work. "If you're going to fail, fail fast," as Alice Newton (Twitter: @aliceenewton) put it.

That particular idea up-ends a characteristic of British government that the late Margaret Thatcher was especially keen on: policy begins at the center and propagates outward. The UK has no analogue to the US, where local government has its own revenue-raising powers and where therefore policies may start locally and then sweep the states before arriving at the federal level (data breach notification laws, for example, which started in California and worked eastward). Allowing the local authorities at the coal face to propose and test policies they want and let the successful ones percolate upwards would be a profound reversal of decades of increasing power at the center.

The more complex issue is harder to solve: how do you change the influence of money and promises of jobs that can sway and distort policy decisions, most notably but not solely in areas like copyright? It was the realization that policy-makers were simply not hearing the other side of the copyright debate that led Lawrence Lesssig to found a movement to counter that kind of influence. This is the problem open policy really has to tackle. Because: what politician will tell the nice man promising jobs in their local constituency to go away because a bunch of ragged-trousered posters on Twitter are opposed to the policy the nice man wants?

Wendy M. Grossman’s Web site has an extensive archive of her books, articles, and music, and an archive of the earlier columns in this series. Stories about the border wars between cyberspace and real life are occasionally posted at the net.wars Pinboard - or follow on Twitter.