Sleeping with the enemy

Wendy M Grossman looks at the Home Office's attempts at trying to keep its citizens informed via social media. 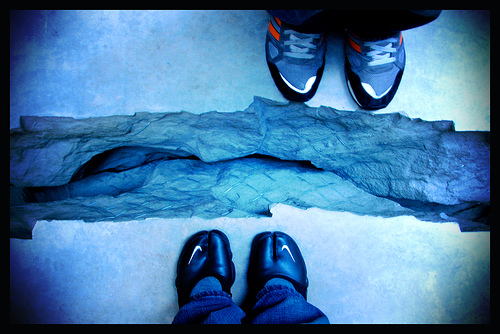 Sometime in the mid-1990s, when the barrage of daily postal mail was at its height, I started suggesting to PR people a campaign to send out all press releases on the backs of postcards. The suggestion was not well received, so I smirked a little when PR people started posting headlines and links on Twitter.

Dealing with government press people was always a different experience, however. They were far less likely to be sending you screeds of (mostly) unwanted paper or phoning you to ask if you'd read them, and much more likely to be the obdurate wall between you and the person you'd like to talk to. I recall the Home Office as the most difficult: you'd never get past the press desk, and what you'd eventually receive, in answer to the list of questions you were forced to submit, was a couple of anodyne quotes attributable only to "a government spokesman". Hence, I think, the aggressiveness of the British press when they did get a chance at these folks – I say aggressive, Conrad Black, as his former employee Ben Rooney (@benjrooney) pointed out on Twitter this morning, says destructive and irresponsible. I figure it's the same frustration that leads a driver to cover a few hundred yards of city street at 50mph after being stuck in a traffic knot for ten minutes. Your best shot was (and is) to grab these people when they spoke at conferences.

Yesterday's edition of tea camp, the monthly meetings that pull together dozens of digitizers from all parts of government, featured a varied discussion of what that's meant for government press teams. Twitter accounts. Facebook pages. DEFRA has a tumblr on how they're tackling bovine tuberculosis, run by one enthusiastic person.

"We don't have press releases any more," said Christina Hammond-Aziz (@hammondazizsays), from the Food Standards Agency. Instead, they have Web stories, which anyone can read or subscribe to via RSS, and as not-different as that sounds, it's an improvement over the situation that prevailed for a while, which had one team writing a press release and another writing a Web story that linked to it.

On the one hand, you have to applaud initiatives that so clearly widen the range of people these communications teams will engage with. It's surely right that you shouldn't have to be a journalist on a national newspaper (or an academic expert answering a formal consultation) to be able to engage directly with the people in charge of making and communicating policy.

On the other…take this quote, from Stephen Hale (@hmshale), head of digital for the Department of Health: "The press team at the Department of Health is brilliant at what they do. They're a crack team – they can quieten down or amplify a story if they need to." And this one, from Penny Fox (@wonderlanded), deputy head of news and digital at DEFRA: "We have ten Twitter accounts solely about policy." Her colleague, Verity Hambrook (@verityhambrook), re the policy team: "[they] can use their account to target the right group of people."

I like the idea that engagement with those genuinely interested in government policy is widening out and becoming more flexible. But – and this was the question I asked – do these many different forms of engagement feed back in the sense of recanting when the response clearly shows the policy is wrong? The answer – from whom I'm not sure now – was yes. Instead of just doing ordinary 12-page PDF consultations, they do SurveyMonkeys, and the results of those and follow-up discussions feed back into new SurveyMonkeys. Throughout, they make sure the policy teams are aware of the criticisms they're getting.

Today, as if by magic, along came what could prove to be a very good test: the Home Office (@ukhomeoffice) has been boasting by tweet about sending out UK Border Authority agents to tube stations to spot-question people they think might be illegal immigrants and the 139 arrests it's made (there's also a press release - er, Web story. As myriad twitter responses point out, such questioning is not only racist but illegal. Under section 31.19 of the Home Office's own guidelines (PDF), immigration officers must have information that "constitutes reasonable suspicion" and questioning must be consensual; they do not have the power to compel someone to stop or answer questions and they have no power to arrest you if you walk on and ignore them. I am a foreigner myself, and although (white, 59, female) I'm hardly likely to be stopped, Britain today suddenly seems less of a safe place for me to live. The operation offended even the UK Independence Party, quite possibly the people it was supposed to impress.

If the notion of feedback into policy has any meaning, the Twitter storm should make the Home Office stop, check with its lawyers, apologize, and change behavior. Let's hope the behavior the Home Office changes is less its club-footed use of Twitter and more its treatment of ordinary people going about their daily lives.