Wendy M. Grossman takes a look at the use of CCTV cameras after a recent survey found that 76% of people feel safer knowing that CCTV is in operation. 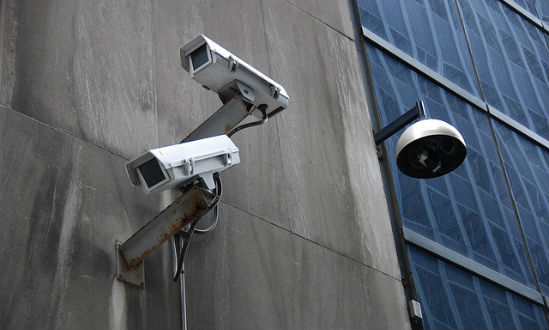 Only 20 years ago the UK had barely a surveillance camera in sight. Wikipedia tells me that the change to today's 2 million-odd was precipitated by a 1994 Home Office report praising the results of a few trials. And off we went. That's not counting private cameras, estimated by the British Security Industry Association estimated to outnumber public ones 70 to one. Coverage is, of course, uneven.

The good news, such as it is, is that the conversation that should have taken place years ago to assess the effectiveness of the cameras for their stated purpose - cutting crime, improving public safety, combating terrorism - seems to be starting now. This may be simple economics: central government money paid for cameras in the 1990s, but now having to foot the bill themselves is making councils take a harder look. Plus, there is greater recognition of the potential for abuse. In June, as required by the 2012 Protection of Freedoms Act, the UK government published a new code of practice covering surveillance cameras (PDF) and, in September, appointed Andrew Rennison, the forensic science regulator to the post of surveillance camera commissioner.

Rennison was in action on Wednesday leading the first Surveiillance Camera Conference ("sounds like the Photocopier User Group" a Twitter follower quipped). Throughout the day, he called for several things that privacy advocates have long wanted: better evidence regarding the efficacy of the cameras, and greater transparency and accountability.

The bad news for those who would like to see Britain let go of its camera fetish is that it seems clear they're popular. One quoted survey conducted earlier this year by ICM for Synectics found that 76 percent of people feel safer in public areas knowing that CCTV is in operation, 62 percent would like to see more cameras in their area, and 72 percent would be worried if their council decided to reduce the number of cameras to save money.

I would love to see how that survey was constructed. Would the numbers be the same if every public space didn't have signs and constant public announcements propagandizing that the cameras are there "for your safety and security"? Would they feel the same if they knew that, as the representative from the Local Government Association estimated that it costs £200,000 a year for a medium-sized council to run a surveillance camera system? Or would they think again about the trade-offs and the foregone opportunities for that money?

However it was achieved - catching and prosecuting rioters in the summer of 2011 seems to have done a lot - the groundswell of public opinion in favor seems to be real. Neil Harvey, the operations and control officer in charge of the Nottingham police camera systems, for example, said he gets five or six requests a week for new cameras to be added to his current network of 204. Each camera is capable of nine positions; they are monitored by five operators.

"I don't track people," he objected after a carelessly constructed question. "I watch areas". Fair enough.

A bigger source of unhappiness for many is that the rules only apply to camera systems installed by public bodies, which several argued were more transparent already; the privately owned ones are exempt. Some attendees theorized that trying to regulate privately owned systems would have been politically impossible. At any rate, Rennison commented that the legislation is having an impact: private operators are adopting the code of practice even though it's not legally required of them.

Several other interesting trends emerged. For one thing, several commenters noted that TV shows like 24 and many others (I'll name Bones, Las Vegas, and various editions of CSI as particularly egregious "magic technology" offenders) have left the public with a completely unrealistic idea of what the cameras can do. A camera pinned up on a lamp post can't easily see faces if the person is looking down. Similarly, many cameras are old (grainy pictures, low resolution). Even so, there's general recognition that these systems are improving all the time both in image quality and in portability; the current vogue is for cameras that can be easily redeployed to trouble spots as they emerge. Several, therefore, said they welcomed public visits to their control rooms so they can impart a more realistic understanding of what the technology can do.

Several speakers actually said that cameras shouldn't be installed just because they're popular. The demand for better evidence about how the cameras can best be used seems genuine - particularly in the case of Rennison, whose background in forensic science makes him particularly aware of the issues surrounding error rates.

But here's my favorite story of the day, again from Neil Harvey. It seems that the protection of the cameras is welcomed by a sector of the population that you might not expect: drug dealers. They prefer to conduct deals in sight of the cameras. Apparently they don't like being robbed either.