Take back the Net

Would decentralising the technology we use result in defeating any attempts by the government to control and monitor us? 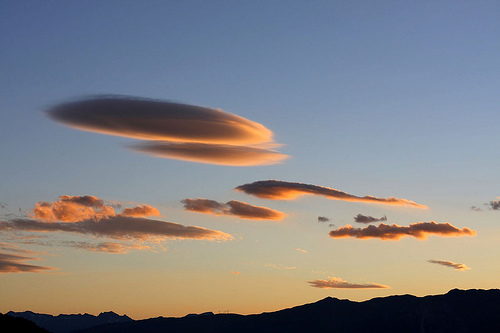 "They stole our revolution. Now we're stealing it back," wrote Danny O'Brien and Dave Green every week in Need to Know (Now) for five years in the 1990s.

The usual objection to this situation is that a world of monopoly or oligopoly suppliers is inevitably more expensive for consumers. But a less often-considered problem is that centralization enables the kind of mass surveillance that Snowden's revelations have described over the last few weeks.

There are several kinds of responses to Bruce Schneier's Internet surveillance state. Legal challenges are proliferating. Privacy International and Liberty have both filed complaints against the UK government in the Investigatory Powers Tribunal. Within the US, EPIC is challenging the NSA and FBI in the Supreme Court. Germany may investigate, and two French groups, the French Human Rights League and the International Federation for Human Rights, have filed a complaint in a Paris civil court hoping to push French prosecutors to do likewise. Doubtless there will be plenty more to come.

In the meantime, as others have pointed out, European Internet companies have a market opportunity if they can offer ways to protect and keep user data under the aegis of EU law. If these revelations had to come at all they couldn't have come at a better time in terms of the debate over data protection reform.

But what about the technical possibilities? The Internet is still open enough for us collectively to be able to change tack: let's make all that wiretapping a whole lot harder.

"Disintermediation" was one of the buzzwords of the early 1990s. The Net was going to eliminate middlemen by allowing us all to deal with each other directly. Even at the time I thought what would happen instead was the rise of a new set of intermediaries, some of which would be familiar names (banks, legacy telcos, Hollywood studios) and some newcomers (Verisign, Paypal, Amazon, eBay, Apple). The dangers of relying too much on a few large service providers were understood. Technical risks included the problems of central points of failure (for example, ICANN), stagnation, and closure to new opportunities if the Internet's technologies hardened into a static form the way the world's legacy telephone networks had. The broader risk most commonly discussed was censorship. A big concern was the expected death of small ISPs as dial-up gave way to broadband. Today, the landscape is dominated by many fewer, much larger ISPs whose fixed connections are far more trackable and controllable. We thought a lot about encryption as a protector of privacy and, I now think, not enough about the unprecedented potential for endemic wiretapping that would be enabled by an increasingly centralized Internet.

The closure of computers and other devices that Jonathan Zittrain warned about in The Future of the Internet - and How to Stop It and Cory Doctorow has called the war on general-purpose computing is only one piece of the problem that confronts us now. It will not matter – or at least, it will not matter enough – if your computer is general purpose if everything you do on it is intermediated by a third party whose goals have nothing to do with yours. If you buy all your ebooks from Amazon, stream all your TV and movie watching from Netflix, do all your music listening through iTunes, and manage all your communications through Gmail and Facebook, how much difference does it make that you're running Linux? General-purpose computing only gives you access to alternatives if the alternatives still exist; and a small handful of suppliers will provide intimate pictures of large swathes of the population.

Today's younger generation, burdened by debt at a young age and imagining themselves overwhelmed by their Baby Boomer parents' extravagant hoards of possessions seem to be willing to contemplate lives with less ownership and more subscription or rental without fully thinking through the level of control this approach grants to third parties who will happily charge you for every extra time you watch a movie or read a book and retain the data to track your inner intellectual life.

Yet we keep making these choices. For example: everyone wants all their devices to sync up neatly so their data is always available. But why must it be via someone else's cloud? We have the technology to support private clouds for families, individuals, groups of friends, or clubs, just as we have the technology to make it reasonably straightforward for moderately sophisticated home users and small businesses to run their own mail servers. The history of file-sharing has shown the way a particular technology can be progressively decentralized to defeat attempts at control and monitoring. Surely what was worth doing to gain access to recorded music would be worth doing to protect digital rights.