The brewing war on some shapes

Wendy M. Grossman delves into the challenges that 3D printing is set to bring to individuals as well as governments, and what needs to be considered in order to offer protection to the masses. 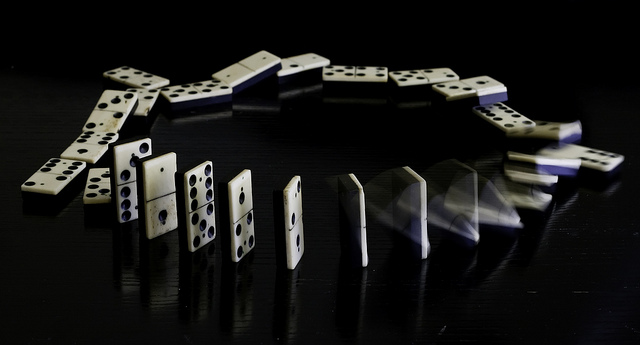 It's about time we had a new new-technology panic, and here it is. This week the US State Department invoked the International Traffic in Arms Regulations to demand the removal of design files for "The Liberator" gun from Defense Distributed's "island of misfit objects", Defcad.

Defcad started up in the summer of 2012 when Makerbot, the owner of the 3D printing design-sharing site Thingiverse, refused to host designs for firearms. Those who know Net history will see a parallel here to early Usenet, when the relatively small group who ran things refused to create rec.drugs and talk.drugs. Frustrated, Gorden Moffett, John Gilmore, and Brian Reid routed around the decision and created the alt hierarchy, and with it alt.drugs, alt.sex, and, for symmetry, alt.rock-n-roll, setting the tone for Internet defiance of centralized control. This episode was followed by such incidents as the many mirror sites set up to host Scientology secrets in 1995 and the so-called Streisand effect. And yet it still seems not to have landed. By the time the US State Department acted, the files had been downloaded 100,000 times, and they're now readily available on your favorite torrent site.

Society at large is not in any imminent danger from these downloads, certainly compared to the millions of (metal) guns sold in the US each year: it's the sort of thing people grab because they *can*, out of curiosity. Few have the resources to really use the files. See for example Philip Bump, who recounts in The Atlantic the impossibility of actually getting the thing printed. The Guardian's Charles Arthur writes that specialists approached by British newspapers refused to print the design for safety reasons. Obviously it's not making plastic guns that's the issue; it's how to control who has them. This is the source of the panic, and the danger isn't the gun but the bad law people make when in that state of mind, particularly in the light of recent terrorist attacks.

Under the influence of Lipson and Kurman, the world is on the verge of becoming infinitely malleable. They seem particularly entranced by the prospects for food printing customized to provide the healthiest possible diet for a particular genotype and lifestyle and living human tissue. The Defcad launch video linked above, however, has a different set of excitements: the democratization of manufacturing items previously controlled by regulation or copyright, much as the Internet did to digital content. Per the video, the site's goal is making an "unblockable open-source search engine for all 3D-printed parts", bypassing industry and government to make "the important things" like "medical devices, drugs, goods, guns".This is the 2013 physical world equivalent of Timothy May's Crypto Anarchist Manifesto. (Except, of course, that faced with a government threat the site promptly voided its video promise of "No takedowns - ever".

I've long thought that the first phase, now rushing at us, would recapitulate, far less pleasantly, the copyright and content wars of the last 20 years of the Internet's development. When the Defcad link came up for discussion among a few members of the Open Rights Group advisory council, I said as much. Certainly, the market and uses are growing fast. Alan Cox, who  has posted some thoughts on this particular issue, calls this takedown the beginning of "the unavoidable collision between speech and physical objects", had a different take.

Cox felt there were four areas government should think about: trademark enforcement, regulation to protect people in shared environments (such as roadways; never mind thoroughly tested self-driving cars; what about the guy who's printed a wheel?); health and safety education for maker communities; and the recyclability of materials. "I would be far more concerned about the number of people who end up injuring themselves on badly designed home 3D printed objects," he concluded. This all makes sense to me.

But the bigger thing governments should think about is what can sensibly be regulated, and for that they must first free their minds of thinking they know what *things* look like. In that discussion, Cox called guns "irrelevant and old-fashioned". The key change brought by 3D printing and other additive manufacturing technologies is that we are not limited to the constrained shapes of the past. They knew Defcad had firearms because Defcad said so. Criminals wouldn't be so helpful - and if we could reliably understand what a series of bits described we wouldn't be in so much trouble with respect to cybersecurity.