Trouble With the Short Term

Robert Seddon looks to the future and examines the risk of short-term thinking in digital policy. 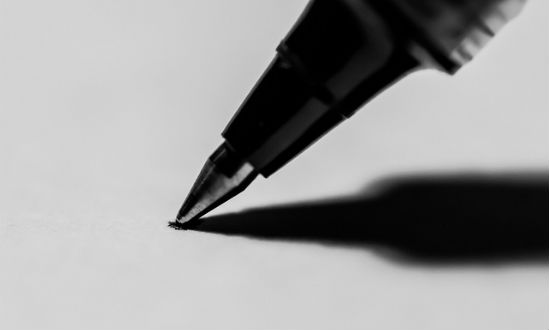 Trouble With the Short Term

The future, allegedly, is here already. Or if it isn’t quite here yet, it’s hurtling towards us in Internet time, causing future shock as we struggle to keep up with ever-accelerating change.

It’s an exciting myth, especially since it’s partly true to experience. Yet it is a myth, or a misleading oracle: one that leads to what Owain Bennallack calls 'future lag', the sober realisation that not everyone does buy into relentless change through relentlessly newer technology, and so the future is always further away than exciting and excitable predictions make it seem. (The ‘death of the high street’ thanks to online shopping may be real, but it’s a rather drawn-out kind of death.) Between the promised potential of technological advancement, the actual and uneven pace of technological adoption, and the actual pace of social change, there is ample space for recklessly short-termist policy when the future seems closer than it really is.

It’s hard to think about the long term when there’s a constant churn of news today. It’s hard to talk about planning for gradual benefits and eventual social goods when politicians’ practical incentives are geared towards the next election. It’s hard to leave room to think about future generations when they have no present vote or voice. Long-termism is something politics is short of at the best of times: attention favours ‘known, existing problems [over] emerging problems that are not defined yet’. The giddy challenges of digital policy are a catalyst: the apparent speed of technological change encourages us to look for urgent solutions to what may be emerging problems.

We’re much better at seeing children as the children they are than as the adults of tomorrow. Correspondingly, it’s much easier to see the Internet as a place where a child might be imperilled today than as a persistent realm within which much of that child’s future life will be led. It’s therefore easier to grasp the immediate ramifications of policies to preserve children’s innocence (addressing an urgent problem) than to assess whether children are being allowed to mature fast and freely enough (an emerging problem). Similarly, it’s easier to articulate the immediate dangers of terrorism or organised crime than to explain the more distant risks that come with pervasive surveillance.

The Internet in particular really has changed considerably in its young existence. Predicting what it could be like in a few more decades, let alone when our great-grandchildren are its server administrators, is conceptually hard, and therefore often left to futurologists and authors of speculative fiction. Demanding changes to its infrastructure in response to present sources of alarm, such as terrorist communications or unfiltered pornography, is conceptually easy (though the implementation isn’t). So that’s what happens.

This doesn’t mean that digital policy is simply where thinking about the longer term goes to die. An obvious counterexample to such a claim is this area’s overlap with copyright policy, not necessarily for the happiest of reasons. Another is the mantra that the Internet never forgets, and cannot effectively be commanded to, so you should prudently tailor your online presence to suit the expected prejudices of job interviewers over the next half-century or so.

The danger is not that people will outright ignore the long-term viability of digital culture. It’s that well intentioned people will make policies for an eternal present (or past) instead of a gradually emerging, open-ended future. An emerging problem, such as working out what it means to grow up safely and healthily in a globally interconnected era, gets compressed into a series of concerns delineated by technological novelties: for example, concern about‘sexting’, which combines a popular communications protocol with one of the oldest fascinations of our species. Urgency is not always misplaced; these are not always mere moral panics. However, emerging problems are hardly guaranteed to have short-term fixes.

What is tricky to convey urgently is that short-termism is a problem. (The future is already here; anything still not here is therefore a secondary priority. The joke goes that commercial fusion power is always twenty years away, and presumably it’s to be hoped that a similar rule applies to Orwellian panopticons.) The difficulty is not that people can’t reason abstractly about the eventual implications of present policy, but that it seems almost paradoxical to call something both distant and dangerous. In contrast, impending threats make imposing headlines.

Making policy for an eternal present isn’t always a bad thing; it’s pretty much what we often do with historic buildings, under the name of conservation or preservation. However, while it can be a sensible and noble thing to do to cultural artefacts, it’s a problematic way to treat cultural spaces in which people develop and act and interact: such spaces as the Internet. Nevertheless, I think there may be something to learn from the ‘heritage sector’, and more specifically from the language of stewardship, which has become influential in fields linked to archaeological and museum ethics.

Archaeologists deal professionally with large timescales, and also with the aftermath of destructive practices by other people, including previous generations of archaeologists whose techniques were less refined. This (along with increasingly contentious questions about who properly ‘owns’ excavated objects which might have belonged to the ancestors of living people) has given rise to the idea that archaeologists and museum curators properly act, not as appropriators, but as stewards of sites and objects. This stewardship is construed as part of multiple generations’ shared project of uncovering and preserving information about the human past. It evokes the theological language of ‘stewards of the Earth’ by way of the ethics of ecological conservation, and applies it to the handling of human cultural goods.

The language of digital stewardship has been employed in archival contexts, but it might prove to be more broadly useful. When those in power seek to meddle with people’s use of technology, it might be interesting to learn what they think makes a responsible steward of digital culture.

Robert Seddon’s doctoral research was on the ethics of cultural heritage. He is currently a member of the Alliance for Future Generations.