Unravelling 3D Printing and Intellectual Property Laws: From Napster to Thingiverse and beyond

Dr. Dinusha Mendis's article gives an insight into what 3D printing is, and what challenges it will pose to intellectual property laws. 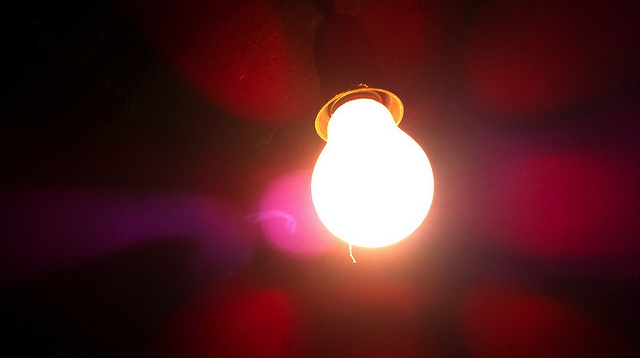 What is 3D Printing?

Additive Layer Manufacturing (ALM) or 3D printing as it is more commonly known, is a computer driven manufacturing technology through which 3D shapes and products are created by printing successive layers of material. By using software programmes such as Computer Aided Design (CAD), Google Sketch-Up and Blender, for example, which has the ability to send descriptions of each individual layer to a 3D printer, a three-dimensional object is created - layer by layer. The technology employs materials such as plastic, resin, alumide, chocolate and metal to print 3D objects. Companies such as Sculpteo amongst others, makes available these material which is sold in weight. Its ability to print almost anything, has paved the way for advances in the medical, transport, food, and the toy and hobby industries amongst others whilst also opening up the doors to the weapons industry leading to the creation of 3D printed guns. Whilst 3D printing is set to revolutionise the manufacturing industry and herald the 'third industrial revolution' it is also seen as a 'disruptive technology'.

Is it a new technology?

The concept of 3D printing is not new and dates back to the 1970's. The first patent for the technology was granted in 1977 to Wyn Kelly Swainson and although it did not lead to a commercially available 3D printer at the time, it paved the way for practical additive manufacturing of 3D parts under computer control. The first commercial 3D printer was launched in 1988 by Charles Hull following a patent for 'Stereolithography' granted to him in March 1986. The reasons for the latest 'hype' surrounding 3D printing are two-fold: (1) the coming into being of an entirely new market for 3D desktop printers; and (2) the reduction in prices. For example, the cost of a build-your-own desk top printer is about £750. A commercial printer, on the other hand, can cost about £1,500 and can go up to more than £600,000.

3D Printing and Intellectual Property Laws: The start of a long battle?

In 2011, Thomas Valenty a hobbyist designed a couple of Warhammer-style figurines, owned by Games Workshops' a British game production and retailing company. The issue was that these figures, although tweaked, were identical to the 'Imperial Guard' figures forming part of the Warhammer series. Valenty uploaded the 3D designs of these figures on Thingiverse, an online platform, which invites people to create and share designs freely for free downloading for anyone with a 3D printer. This led to other fans uploading their own designs - all based on Games Workshop's Warhammerseries which resulted in Games Workshop serving a 'notice and takedown order' on Thingiversein accordance with the US Digital Millennium Copyright Act 1998. Thingiversepromptly removed the files and although the issue was settled amicably, it clearly signalled the start of a battle between 3D printing, Intellectual Property (IP) laws and the personal manufacturing era.

3D printing and Intellectual Property law in the UK

Quite simply, an assessment of the present IP laws in the UK reveal that the existing IP laws were not created with 3D printing in mind and therefore are not capable of dealing with piracy and counterfeiting issues thrown up by this technology. Whilst 3D printing a product may not infringe one element of IP law, it is quite possible that it will breach another type of IP. To complicate matters, a further assessment of the IP laws reveal that the same branch of IP can lead to both infringement and non-infringement of protected products which are 3D printed. For example, whilst under section 10 of Trade Marks Act 1994, it will be an infringement to print a product protected by a trade mark, section 11(2) states that if labelled correctly, infringement can be avoided.

Similarly, in the area of design and copyright laws, the law states in accordance withsections 51-52of the Copyright Designs and Patents Act 1988(as amended)that copyright protection for a sculpture (or work of artistic craftsmanship) is limited to objects created principally for their artistic merit - i.e. the fine arts.The question then is what happens to those designs (blueprints) which are considered 'utilitarian'? According toLucasfilm v. Ainsworth[2011] 3 WLR 487it was held that a 3D object which comes into being from such a 'utilitarian' design document does not infringecopyright. In effect, this means that if a CAD file or model embodying a design, for anything other than an artistic work, is used for creating a 3D printed product, it will be deemed to be a design document for that particular product and copyright will not be infringed by making an article to that design or by copying an article made to the design. However, copying the 'design document' or CAD file without authorisation will constitute an infringement of copyright.

From Napster to Thingiverse - and beyond

A further point arises in relation to the 3D printing of IP protected products for 'private and personal use' if carried out at home for private use. In UK, the lack of a 'private copying' exception has left this a grey area. However, in drawing parallels with the Napsterrevolution, and the recent surge of online platforms in the 3D printing sphere such as Thingiverse, Shapeways, Cubifyand Quirky - the doors are open for litigation on the basis offacilitating and inducing online infringement of copyrightof 3D printed products, which are protected by IP laws. Additive Layer Manufacturing or 3D printing is here to stay and the possibilities are endless - from printing toy soldiers, to guns, to beef and liver transplants.

With 3D printing spreading into a variety of industries, it is time to learn lessons from the past which has shown that implementing draconian IP laws is not the forward. The present author suggests solutions in the form of setting up an iTunes-style store for spare parts, or by licensing 3D files more widely as also explained in her article "The Clone Wars: Episode 1". As such, in moving forward in the '3D printing-IP battleground', the way forward should be to adopt new business models in adapting to this new technology.