This does not apply to US citizens

US authorities claim that US data had not been under surveillance as part of the PRISM operation, Wendy M Grossman looks at whether there could be any truth to this. 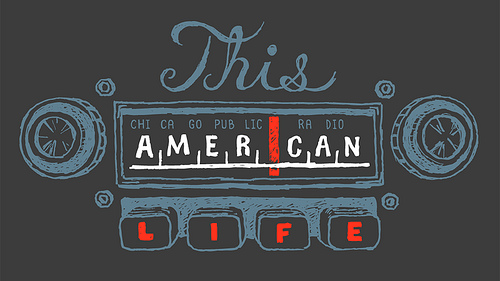 "I don't worry about it," said my friend George at the tennis club when I asked him what he thought about PRISM and NSA spying. "I have nothing to hide."

It seems that George's life has been as spotlessly white as his blue-white English legs when it gets warm enough for him to wear shorts. No secret liaisons, no embarrassing moments he'd rather no one knew, no political affiliations to be nervous about…the only thing he could think of that he'd like kept private is his bank statement. I tried telling him that if you review the law books you'll find that most of us commit several felonies a day, but that didn't impress him either. I'm not sure he's ever even gotten a speeding ticket.

It was only after I said to him, "But what about other people?" that he began to look thoughtful. "Oh, yes," he said. "Other people. We must think of them."

The problem with so much of the US reaction toPRISM is that it focuses on what-plays-with-taxpayers. President Obama reassures the American public by saying that all this surveillance isn't about *them*; With respect to Internet and emails, this does not apply to US citizens.

I had not realized until a couple of weeks ago that the attitude that citizenship confers rights that are not available to non-citizens is peculiar to Americans. Of course not: as an American I just assumed it was widely true. This idea was largely reinforced by experiences with the immigration authorities of other countries, who naturally see the right to enter or reside is theirs to confer or withhold. What I didn't realize was that immigration is a special case. *Human* rights are universal; that's the point.

As the privacy activist Caspar Bowden had to explain to me at ORGCon a few weeks ago, the rest of the world is up against the doctrine of American exceptionalism.

It's extraordinary that a nation of immigrants should be so persistent in viewing "foreigners" as lesser beings. And yet it's clearly a thread that runs through much of American life, from debates about whether illegal immigrants should be allowed to get drivers' licenses to the blanket refusal until 1968, when the Supreme Court stepped in, to allow dual citizenship.

I think the us-and-them attitude gets a book from the quasi-religious nature of how we're taught to be American, something I only really grasped when I took a second nationality. Under the First Amendment, the nation doesn't do school prayer and there is no established religion. Instead, nationalism takes the place of religion as a pervasive unifying bond. At the private school where I grew up, we said the Pledge of Allegiance to kick off school assemblies and sang "My Country, 'Tis of Thee". If you're trying to pull together a nation out of disparate ethnic and national groups, this makes a lot of sense as a bonding exercise. But the downside is to lessen the bonds with those in other countries who in other circumstances you might otherwise identify with as having common interests and goals. Americans of all stripes are outliers in so many ways: sports (baseball and American football instead of cricket and soccer), religion (American catholics often seem to have their own version of their faith), and so on.

This attitude is exacerbated by the sheer size of the country. If you are sitting in Nebraska, America stretches as far in every direction as the car can drive.

The big challenge for everyone outside the US, therefore, is to get across to them that what happens to foreigners matters in this story. For one thing, technically it's not really possible to implement mass monitoring of the flow of electronic data that only applies to foreigners, Data packets don't carry passports (or, in the metadata equivalent, have a field for "national origin of creator").

It will be some time before we can separate reporting errors and disinformation from the truth about the technical details of PRISM and the other recent revelations. But the documents published by the Guardian make it clear that determining whether data relates to US persons or not requires the retention and checking of a lot of ancillary information so it can be used to rule the data in or out. Basically, you're talking a giant database of US citizens. Even then, given the exceptions from the miminization rules for data about US persons, these processes provide little protection to either group. After all, that apparently blameless US person might have been the target of identity theft by one of those…foreigners.

Ultimately, the very fact that the infrastructure for surveillance exists means Americans won't stay safe no matter what guarantees are made now: its use will inexorably spread. Privacy activists call it "function creep". This particular consequence of globalization reminds me of a line from the early 1990s that we used about trying to censor the Internet: that it was like making a rule that you could only pee in the shallow end of the pool.

Wendy M. Grossman’s Web site has an extensive archive of her books, articles, and music, and an archive of the earlier columns in this series. Stories about the border wars between cyberspace and real life are posted occasionally during the week at the net.wars Pinboard - or follow on Twitter.