Widening the digital divide, one record shop at a time..

"Shouldn’t we ensure that, as we move towards an all-encompassing digital age, no-one is left behind?" Ian Clark looks at the issues thrown up by the demise of HMV.

The recent woes facing entertainment chain HMV played out some fairly familiar themes. A retailer that had failed to keep up with the shift by consumers to online shopping as a means to consume and purchase merchandise had found itself in financial difficulties, no longer able to keep up with the demands and expectations of its traditional customer base. The HMV story is not new or revelatory, and it certainly won’t be the last such example of a retailer struggling to compete with changing habits.

However, the reactions to its (not so sudden) demise were interesting. It was interesting to note, for example, the outpouring of nostalgia for the chain. HMV appeared to be viewed as an important cultural institution that occupied a special place in all of our hearts. Certainly, the famous symbol of HMV has become synonymous with the music industry in the UK, and it is hard to imagine the image of Nipper and his master’s gramophone being consigned to the history books. And yet, this nostalgia was for a multinational corporation. And, it’s worth reminding ourselves, a multinational corporation that, despite the nostalgia, has hardly been a benign force on the high street, having previously faced questions about its profits from CD sales. 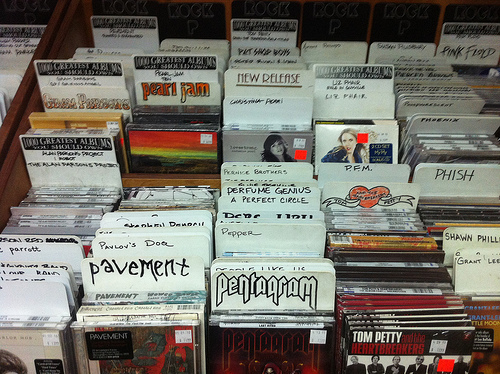 The combination of the growth of HMV, the incursion by supermarkets and the emergence of the internet have had a significant impact upon independent record stores, resulting in substantial closures as they struggled to compete. Between 2000 and 2010, the number of independent record stores fell from 700 to under 300. For these stores (and, arguably, for the consumer) the competition from these three forces were a substantial threat to a diverse and vibrant retailing environment. It’s hard to imagine any of those who have been affected by this combined assault on their business being particularly sympathetic if there is one fewer force to contend with. Indeed, it has been suggested that the demise of HMV would actually be a good thing as far as the independents are concerned. The owner of Rough Trade, Geoff Travis, has already suggested that his company may look to expand in the light of HMV’s demise. Indeed, prior to HMV’s current woes, there were already signs that independents were starting to make a comeback.  Given the growth in movements opposed to globalisation and multinational corporations (see the rise of the Occupy movement and the impact of UK Uncut), is it really a bad thing if a large chain falls and opens up opportunities for smaller independents? Would we be equally distressed if Tesco were to suffer a similar fate?

Aside from competition on the high street, the demise opens up a lot of questions regarding the direction the digital age is taking us.  The foundation of a capitalist economy is, ostensibly, choice.  If consumers prefer a particular retailer over a competitor, the competitor will either need to seriously revisit its business model, or face inevitable extinction.  Competition, we are told, benefits the consumer as businesses engage in a struggle to grow their business.  Where companies fail to attract sufficient customers (or fail to encourage existing customers to spend more in their store) they fail.  Consequently, should sufficient numbers of customers take their business to online retailers rather than the high street, high street retailers will fail.  This is particularly a concern as consumers move from the high street to online retailers.  However, this then leaves the question, what about those who use that service and have no alternative available to them? 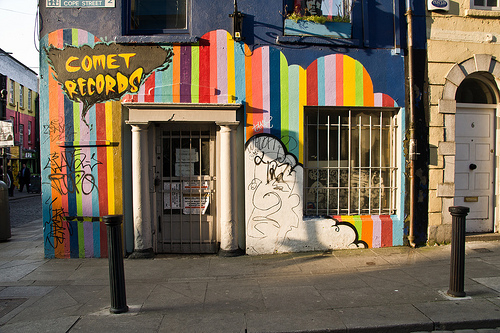 The combination of a decline in independent record stores, entertainment retailers in general and HMV poses a real problem for some film and music lovers.  Whilst many of us enjoy the benefits of internet access in our own homes, enabling a wealth of options for purchasing CDs and DVDs (not to mention streaming services and downloads of course) there are a great deal many others who do not have this luxury.  For those that do not have home internet access (nearly 8 million people have never used the internet, let alone have a connection at home), the high street is their only viable option.  The dearth of independents and the potential loss of HMV outlets leave many with a very restricted choice.  For some, supermarket chains will be the only option left open to them.  And, as we know, supermarkets are not in the business of providing a broad range, catering to every niche interest.  They are only interested in items that will sell, ie populist titles, predominantly because they are already offered as loss leaders.  Whilst there is nothing wrong with a focus on populist titles, there is something troubling about the way the market is heading.  Those at the upper end of the economic spectrum will have a broad range of music and film available to them at the click of a mouse, whether by download or traditional physical formats.  Those at the lower end, on the other hand, will be restricted to a small handful of populist titles.  The free market is, effectively, patronising those on the wrong side of the economic divide. 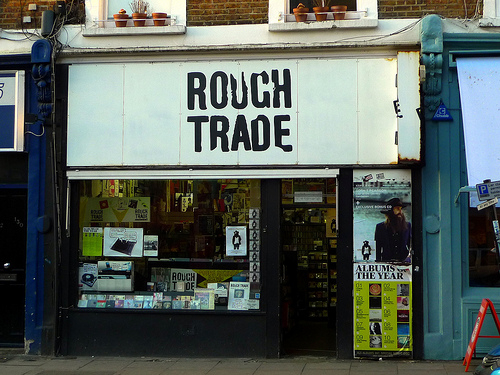 This societal change pushed by the majority, by these market forces, risks isolating and excluding further a substantial section of our society.  Consequently, could it be argued that we are moving towards a digital era which we as a society are not yet fully equipped to embrace?  Shouldn’t we ensure that, as we move towards an all-encompassing digital age, no-one is left behind? Do market forces harden and entrench social divides, allowing the behaviours of the majority to take precedence over the needs of the community as a whole?  Instead of rushing forwards into this new digital era in the name of ‘progress’ and ‘competitiveness’, shouldn’t we resist the forces of the market so that we can all progress together?  Are we really ready for the digital age we have entered?  From the point of view of the near eight million people who have never accessed the internet in this country, probably not.