The future of home entertainment?

With the pending release of Xbox One, potential owners express some of their concerns about its new features. 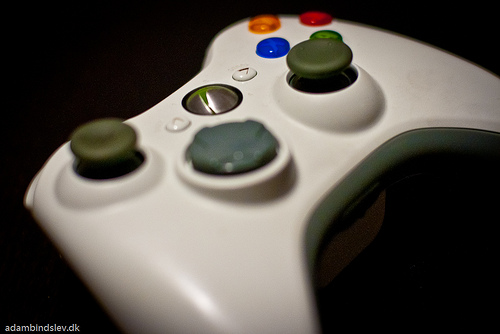 As a member of Sheffield University Gaming Society (Slugs)for the last few years, as well as a lifetime gamer, I have seen a heavy transition from physical media to digital, from the good of Steam, to the bad of Sim City. Digital rights are fast becoming a hot topic for our members and other gamers due to the recent news of the Xbox one requiring online activation of all games, and requiring permanent online connection. Mix this with the privacy issues of a permanently connected camera, and you have the foundation for a potential PR disaster.

Before discussing the rights of the media however, I want to briefly summarise my own views on the permanently connected Kinect. Microsoft are touting this as an interaction requirement due to the heavily tied in voice commands. However this isn't strictly speaking true, and some of our members have voiced concerns about what they could be seeing, for example I have found news stories on patents for tailored advertisement. Combine these with the recent changes to Skype that allow snooping on the once secure system, and suddenly Microsoft's intentions seem to become clear: they want to know what your doing, when and how, 24/7, hopefully just for advertising purposes.

So clearly the Kinect alone breaches what some would consider their rights of privacy, but what about digital rights? In recent years we have seen an influx of games that require online activations especially for the PC. For me personally, this becomes a breach of rights when the company has the ability to pull the servers (as EA have done many times) and leaving you no longer able to access your game. So do modern games actually class as buying a game, or are we simply buying access for X amount of months/years? Does this break our rights as consumers and gamers to be sold a game that access can be removed in as little as a years time? Compare this to the pre internet era, I personally have PC games and console games from the 1990s that require me to simply install and input a cd key- my access can never be removed as there is no activation server used (although Gamespys recent closure does remove many older games Multiplayers).So can it really be justified that it is fair and proper to use these activation servers to stop piracy, when all they normally stop is pirates being able to play online, while more importantly, penalising the paying customers?

A more extreme example of digital rights breach is that of the recent Sim City, a game that requires you to permanently be connected and of which the developers have made it quite clear it will never work offline. Even during the initial heavily criticised weeks, where server access was sketchy at best, they still held still on the practice, why? I believe simply because of the DLC advertising EA has been making with the game. So with the quite heavy server load expected from all those users being permanent connected, it can be presumed that the servers will eventually be pulled and the game will quite literally be a paper weight. This example shows just how extreme this idea of just buying access can get.

So to return to the overall topic, the Xbox One, aside from the Kinect issue, Microsoft recently announced they would require on the spot checks at 'random' times to check if a game is new rather then pre owned. With most PC gamers, pre owned games are not a huge problem, but having to register games to an account to use them, and more worryingly requiring a constant connection just to play a single player game, is enough to warrant quite a few to be concerned about any potential purchase of the console.

Finally I would like to draw a comparison to some examples of online activation services used more by PC gamers such as ourselves, and what Microsoft should learn from the good and bad of these services. Steam is a great example of providing this service well, yes all games are attached to an account when used, but you can play games offline (although this has previously not worked very well), the other benefit is that unlike the Xbox One, Steam will not be replaced in X years by a follow up product, so I know my games will still be there no matter what. In contrast, a bad example, was the forced process that EA used to introduce Origin to the world, although the concept is similar to Steam, the way that it was forced with Battlefield 3, put the service on an immediate bad footing, add this with the previous history of EA pulling servers and you arrive to a very worrying prospect for EA games requiring Origin, especially when you add the fact that EA pulled most of its games from Steam following the release of Origin.

Overall the issue of digital rights, is one we will be watching closely and I know that personally unless the Ps4 announces similar efforts in future months, it is most likely going to be the console of choice for many frequent users.