Milena Popova reviews InRealLife, a documentary that proposes to examine the negative effects of the Internet on teenagers, and explores the choice of politics behind the film. 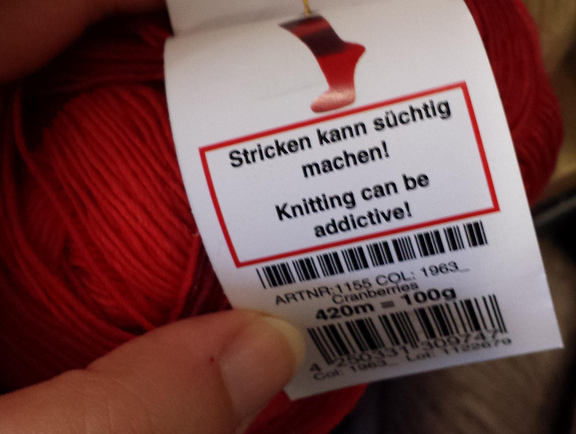 "The majority of the issues Kidron portrays as uniquely of the internet simply aren't."

While Kidron and her contributors make the occasional valid point, the overarching narrative of the Evil Internet Empires deliberately making our children dependent on their products like the drug dealers of the olden days so they can sell more advertising doesn't quite stack up. There are issues with both the message and how it is delivered. The first and foremost problem is that while Kidron tries to understand the technology, she is only partially successful in this. "I thought," she says about fifteen minutes in, "the internet was all in the cloud." While her journey and her conversations have given her some idea of the workings of the internet, she clearly continues to draw wrong or incomplete conclusions from her understanding. In one of her promotional interviews she says,

It’s this game-changing moment where the internet went from a box on the shelf to being all around you, and then we became immersed in it rather than it being something we watched and I did just recognise that it’s part of a very different childhood to the one I’d had and I wanted to know what it was about.

These are clearly the words of someone from a generation shaped by the medium of television. And if we are talking about media which are perceived as addictive, causing a degeneration of social skills, and tailor their content to the lowest common denominator in order to sell more advertising, TV should have pride of place in that conversation. Of course, the major point of difference between television and the internet is that while the former is intended for passive consumption, the latter at least affords the potential for creativity - something which goes unacknowledged throughout the film.

There is another striking absence in InRealLife: that of young women on the net. Out of five young people interviewed only one is a woman. Page, 15, recounts a gruelling experience of sexual assault which she says she endured in order to get her phone back. At no point do we see a young woman's view of the online pornography debate, or a female gamer, or a young woman in an online relationship. In her Guardian article and interviews, Kidron says she spoke to many young women, and acknowledges that she "met some amazing poets, bloggers, YouTube artists", yet neither of these aspects of her work appears to have made it into the final cut of the film.

A further concern is that the majority of the issues Kidron portrays as uniquely of the internet simply aren't. Children (and adults) have always bullied each other; young people have always been interested in depictions of sexuality; they have always spent more time than adults would like on activities which adults perceive as valueless or unproductive. The internet changes how we engage in these activities but the behaviours themselves are not new. They are not technical issues, they are social issues. Kidron has said that she feels InRealLife would be of value to policy makers. Yet the way social issues are presented as technical in the film risks suggesting that the solutions to them are also technical, something people like David Cameron are all too ready to believe. Such technical solutions, however, rarely address the underlying problem and often have even worse unforeseen consequences than the original issue we were trying to tackle. Is it problematic that young people receive a lot of their sex and relationship education from pornography? Yes. But the next question here should not be "How do we stop young people from watching porn?", it should rather be "How do we as a society feel young people should be educated about sex and relationships?" Many parents and politicians find that far too scary a question to ask.

A final issue is that where Kidron picks up on some very valid concerns about the architecture and ownership structures of the internet, she presents these as particularly relevant to teenagers' experience where they are actually much broader, more fundamental. Again from her interview,

What is inappropriate is that because of this addiction to technology, people are making very bad personal choices, because they’re not quite in control of their technology, and if this was a group of adults, then all the libertarians can say ‘you’re all individual, you’re all making up your own mind,’ and that’s fine, but we as a society have decided that we have a duty of care to the young, and this is not operating, and all I’m suggesting is that this is not a healthy environment for kids to grow up, without any consciousness that it’s not a level playing field.

Yet the fact that what has become the largest, fastest platform for exchanging ideas in human history is almost completely under the ownership of private, profit-seeking companies, many of which collaborate with governments to facilitate mass surveillance is not an issue we should only be worried about because young people may not be aware of it. Casting the problem as "advertisers vs teens" misses the point and trivialises issues which are fundamental to the nature of our society and the relationship between the state, the corporation and the individual. For anyone younger than 40 (and many older people too), the internet is not so much distinct from "real life" as an integral part of it. It changes the way we do things, the way we communicate, the way we interact and have relationships. To quote Laurie Penny's Cybersexism,

(...) sex online is real sex and love online is real love and everything in between is real, too, as real as your hand down your pants, your heart in your mouth.

Equally importantly, politics online is real politics, and whether we're 16 or 60, these are facts we will have to get used to. By all means, let's question the structures, the ownership, the architecture, and let's envision an internet, and world, that liberates instead of enslaving, that gives a voice instead of silencing, that connects instead of isolating; but let's make sure we're looking at the real, fundamental issues from a position of understanding, not a sense of primal, alien terror and a resistance to change.

InRealLife is out in cinemas 20th September, there is a launch event on Sunday 22nd September with a panel discussion interview at Ritzy cinema in Brixton.

Milena is an economics & politics graduate, an IT manager, and a campaigner for digital rights, electoral reform and women's rights. She is also a member of ORG's board and continues to write for the ORGzine in a personal capacity. She tweets as @elmyra